Reading Matters: The Medium and the Word 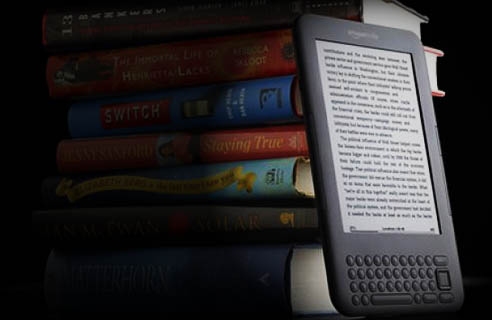 I decided to follow up re-reading John Le Carré’s Little Drummer Girl (I wonder if he regrets it in hindsight) with a re-read of John Fowles’ stunning The Magus, which I started yesterday. Fowles has updated the book, tidying up some of what he perceives to be its biggest flaws; the book was actually his first, although it was The Collector that brought him into print.

No bookshop in the UAE sells The Little Drummer Girl, which details a complex Mossad operation against a Palestinian bomber – and I looked for it in bookshops in the UK without success. I read it, of course, on the Kindle. My decision to re-read The Magus was taken ten minutes before I bought the book, which was delivered to me in seconds flat over Amazon’s Whispernet.

Amazon has done a couple of things to help the Kindle seem a tad more analogue – the optional leather case is a tactile experience, although it packs a very handy LED reading light. And when the Kindle’s switched off, the screen displays sketches of famous authors or woodcuts from frontispieces. It’s incredibly readable, the text display is very stable indeed – although everyone, myself included, picks it up and initially tries to swipe the screen to turn a page. No touch screen on offer, though.

Many people I have spoken to have said how they couldn’t stand reading on a tablet, how nothing beats the experience of curling up with a good book. I had some mild misgivings along these lines myself. But the argument actually misses the most fundamental point of all – reading fiction is all about the words, not the medium. It’s not paper that transports you to other worlds or into other people’s lives, it’s the words that the author has written.

Those words still have the same power to astonish, amaze, inspire, shock, delight and disgust they ever had on paper. Once you’ve started a book, the Kindle is secondary – it’s just the medium.

The Kindle is good enough not to get in the way of the experience – its battery life is incredible and it has options for archiving your books and so on. Those little ‘analogue’ touches actually make a difference. I may never buy another ‘book’… I’d certainly think twice before buying one rather than downloading it.

I honestly had my doubts about the whole thing before I took the plunge – and now I’d recommend it to anyone.