PRs, Blogging, and (Not) Understanding Your Audience 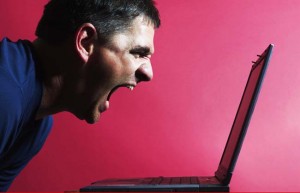 Look, ‘doing’ social media does not consist of sending invitations to bloggers to attend media events.  Many bloggers I know have day jobs and any with media experience would rather force a prickly pear up their right  nostril than go to a press event.

There’s a department in hell that consists of press events. It’s for really, really bad people for whom an eternity in blistering flames being tormented by devils is just too good.

In particular, if you send me invitations to attend media events, I will feel perfectly free in future to hold you up to public ridicule. I am not interested in your product launch. I am not interested in your initiative. I might give the coverage, however it is derived or appears, a passing glance if it engages me – but I am not about to invest a couple of hours in some drab hotel being fed tired food while suited executives cluster around and whisper, glancing at me before approaching me with wolfy smiles and ‘So, you’re a blogger!’

If this blog was that of a dedicated follower of fashion, I’d likely go to a preview or launch event if it was big. Likewise, if I had a geeky weather blog and the airport met office contacted me to arrange a tour of their facilities, I’d likely be interested.

But a deranged marmoset with a frontal lobotomy could surely work out that my blog, Fake Plastic Souks,  is merely commentary, of personal experience, news and a few tatty half-thoughts. Which brings us back to the single greatest complaint that journalists have about PRs and in-house communicators that attempt to engage with them – that these people simply haven’t taken the time out to understand their publication/medium and its target audience.

Anyone that wants me to go to a launch announcement ‘as a blogger’ has similarly not invested the time to work out that not only do I not care, I actively do not care. I vocally and negatively do not care. I will respond well (but negatively) to appropriate invitations from known social contacts. I really don’t like getting press invitations. I’m not press and I won’t act in lieu of a compliant media and slavishly convey your product information for you.

That my name is now presumably on someone’s list of ‘social media’ contacts is a worry. This, then, is a cease and desist order. Next time, I’ll take it public.