A Billion Images is Worth a Trillion Words 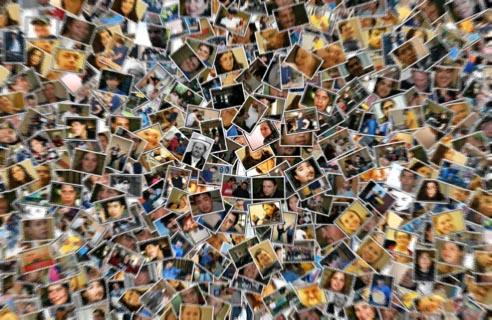 I wrote yesterday in praise of Wikipedia, and its role in facilitating freedom of thought. But it is not only words that lead us to take a view on current and past events. Images are equally powerful.

Static or moving images tell us stories that enchant, inspire, horrify and sometimes radicalise us. Here in the Middle East, state-sponsored media have been more or less brushed aside in the battle to influence and persuade.

Conventional media can select the pictures and video clips that they wish us to see. The internet gives us raw, unmediated material and lets us form our own opinions about what is in front of us. If we have a pre-formed opinion, we can look only at websites and material that support our view, and we can ignore the rest. Likewise we will go to a particular TV channel because we believe that the owners, editors and reporters “think like us”.

The internet has brought about a massive power shift from state-regulated media to bloggers, website operators and pressure groups that can be, and often are, accountable to nobody.

All this is obvious if we stop and think about it. It is the means by which grass roots movements promote their causes, activists organise their revolutions, and missionaries of all hues recruit for their movements.

Control of the media is the means by which governments can rewrite history. Stalin’s favourite habit was to airbrush those who had fallen out of favour from official photos. Mubarak’s photo editors move him from the back to the front of a procession of politicians walking with Barack Obama. The US marines hoisting Old Glory on the captured mountaintop at Iwo Jima did so in a reconstruction of the event. The marines that got there were shot at on the way down, and it took another 30 days before they finally wiped out the Japanese resistance.

That power is with us all today. We can demolish state-sponsored myths, and create our own.

I can alter an image, build a false story around it, and, if my story is powerful enough, it will go viral and arrive at millions of desktops within a matter of days. It might spark riots in Islamabad or conspiracy theories in New York. I can select pictures from the past and present them as fresh images showing a current event. Or grab pictures from one location and claim they are from another. Thus it was with the pictures of a vandalised mall in Egypt purporting to be from Seef Mall in Bahrain. So I, too, can rewrite history in the minds of my readers if they are unwise enough to rely only on my words.

I do not presently see any equivalent to Wikipedia as a source of images. I can go to Flickr or to YouTube and search a subject. I am then at the mercy of highly individualistic metatags – the information that those posting the videos and images use to describe their material. It’s up to me to select my search terms and hope for the best. I might then have to trawl through thousands of items before I find what I am looking for. It’s the same if I use the Google Image feature.

Unless there are techies out there who can tell me otherwise, there is no structured way to categorise and review images and videos. I am aware of new technology that can search videos based on an analysis of their actual content – words spoken and images used. A crude version of this technology picks up a large area of pink or brown flesh and interprets it as a pornographic image. But there is nothing in the commercial arena that allows me to pick up the napalm clip in Apocalypse Now, or go straight to Hamlet in a Shakespeare film intoning “to be or not to be”. I rely on some bright spark inserting a tag that enables me to get there.

So for now, we must rely on the information provided by others to find what we need.

Aside from the difficulty of gaining perspective on what we see in the conventional and new media, there is another reason why a structured vehicle to search for images and videos would be of benefit to us all.

Images enable us to compare and contrast – between present and past, between one culture and another, between one worldview and another. I have a particular agenda in saying this. I am passionate about history. Not just the grand sweep of events, but the minutiae of life. I yearn for a resource where I can search in one place, say, for Dorset (where I went to school), set a date range of 1860-1880, a topic of agriculture, and find a hundred pictures – each with a consistent narrative – relating to that search. Or if I was researching the American Civil War, I could find all the available pictures of Gettysburg in one place. At present I can find such images, but I might have to trawl through the website that uses them to find out their context.

About five years ago, I digitised around ten thousand family photos. The earliest dated from the 1860s. The latest were taken at the dawn of the digital camera. I did so because I was concerned that family pictures should not be a resource exclusive to those who happened to inherit them. I wanted my siblings, their children and my children to be able to see all the pictures that existed of their parents, grandparents and great grandparents. I wanted future generations to see that they are part of a social and family continuum.

I also digitised as many documents as I could find relating to the people whose images I had captured. So those future generations have, if they happen to be interested, a record of the past as it relates to them. I even recorded a five-hour video interview of my father months before he died. I asked him about his time, his attitude to world events, and the kind of life he lived as a child and a young adult.

What if a million people around the world did the same, and agreed to contribute their archives to a central resource? What if photo-libraries, governments and academic institutions agreed to contribute their material to the same resource? And what if we went further back than the age of photography, and placed in the same repository images of paintings, sculptures, drawings and other works of art back to prehistoric cave paintings?

I collect ancient coins. One of the reasons I do so is that I am fascinated by the stories they tell. The messages that the Colonel Gadhafi’s of their age sought to send to their subjects on one side of the coin. The changes in portraiture on the other side reflecting fashion, society, culture and belief.

Every culture, in my view, is enriched by a knowledge and understanding of its past and its origins. And today’s cultures are increasingly disinclined to spend days reading books to gain that understanding. We live in an era of videos, pictures and soundbites. Many of us read books only because we have to – to pass exams, to learn how to do something, to make life or business decisions. Many of us who read books for other reasons do so to relax – we chose fiction of one sort or another, because we want to experience another person’s perspective rather than learn and experience for ourselves. For the same reason we watch movies and TV. And if we want to find out about the world, our first preference is to watch a three-minute video on YouTube, a half-hour documentary on the History Channel – or go to Wikipedia. When I say we, I don’t mean everyone – but I do mean an increasing number of people whose world revolves around TV and the internet.

This is the world we live in. Billions of voices, websites, newspapers, TV channels, pictures and videos competing for our attention. Each with its own perspective, agenda or worldview. What reaches us most effectively is down to the survival of the fittest – or richest.

In post a few months ago, I provided a link to two photo galleries showing the Hajj. The first dates from the late 19th century. The second is a collection of photos showing the 2010 season. Would it not be superb if a student of Islamic history could access all images of the Hajj throughout the centuries in one place?

Equally, would the people of Northern Japan not wish to show their grandchildren how life was in their towns and villages before a tsunami erased that life forever?

Maybe because I’m of an age in which one looks back as much as forward, I am becoming more conscious of the importance of remembering the past. I believe that today and in the years to come we have a unique opportunity to view our past and connect with it in a way that was never possible before. We have the chance to collect our history before some future historian has the chance to reinvent it. Perhaps that’s an impossible dream, because people will always try and put their slant on current and past events. But at least we have the chance to give future generations the ability to rebut those “authorised versions”, because they have a wide range of easily accessible material at their disposal.

Surely this is worth the efforts of a host of volunteers and a few million bucks of Bill Gates’s and George Soros’s money?

One Response to A Billion Images is Worth a Trillion Words