Internet: The Ramification Beyond Connections 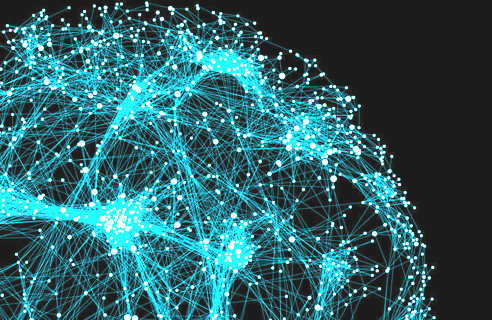 The wood through the trees… A cluster map of Internet connections

A Facebook group on the conflict between the army and Fatah Al Islam in Lebanon grew a membership of 8,000 in a single week: an average of two new members every minute. The movement of people, of opinions and debate in the new social networks can take place with incredible rapidity. This debate is taking place in a region where public debate, assembly and the mass publication of opinion have traditionally been discouraged. There is a new egalitarianism in the air and it’s a heady scent for many.

A flash survey of 100 Middle East based Facebook users tells us that 93% of them are using broadband connections. And 89% of them have laptop computers. 73% of those Facebook users are between 25 and 35 years of age. The survey took less than 1 hour to conduct.

There is a strong and growing Arab community using broadband technologies to move video content across the Internet, often as part of participation in social networks. The video featuring King Abdulla II of Jordan produced by the One Voice organisation, calling for peace and understanding between Palestinians and Israelis, has drawn over 279,000 views in Youtube. Video clips on Lebanon have consistently drawn above 150,000 views, while other topics and productions from the Arab world have consistently driven between 60,000 and 1 million views. Few FTA channels in the region could claim such viewership.

Social networks, the core aspect of the thinking that has been characterised as Web 2.0, are driving the adoption of broadband services in the Middle East. Perhaps interestingly this is not a technical audience of technology early adopters. That the growth in adoption has not been stronger is almost undoubtedly a product of prohibitive pricing strategies among the region’s operators.”

That was all written early in 2007. Not bad, huh? I recently had reason to revisit a white paper I’d written together with Spot On bright spark Mai Abaza to support my presentation at the Arab Advisors Convergence Conference in Amman. The above text is part of the argument we were making that regional telcos needed to bring down the price of broadband and stop considering it a service for shifting big files and start looking at it as a way for many people to shift many files quickly.

I recall asking the conference how many had heard of the phrase Web 2.0 or social media and getting a show of eleven hands from an audience of hundreds of operators. That’s telcos for you.

Re-reading this reminded me there’s a line that connects Nahr El Bared with Occupy Wall Street – those Facebook groups that sprang up contained debate and discourse we had never before seen in the region – passionate and sometimes violently abusive, the adoption rate of these groups and the way they brought people together were stunning to watch. Of course, Mai and I were so busy examining the implications for the broadband market we missed the wider implications that here was a new platform for discourse and organisation that would grow to have the ability to bring down governments.

Those groups showed people in the Middle East, for the first time, that they could not only talk to each other, but broadcast opinion to tens of thousands. It took four years’ growth in adoption, but the seeds sown as the Lebanese army blasted the Nahr El Bared camp using helicopters carrying bombs in home-made cradles would lead to something a great deal bigger…