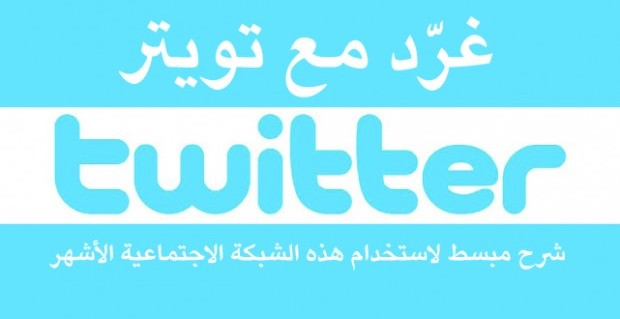 On 6 March micro-blogging service Twitter announced the launch of its Arabic, Farsi, Hebrew and Urdu versions. It all started with the grassroots #LetsTweetInArabic campaign by a handful of users who wanted Twitter to be available in more languages.

While many communities are still disadvantaged when it comes to digital resources, translation initiatives like these are a great first step in making the web a more democratic space, especially for non-English speakers.

With these four new additions, Twitter is available in a total of 28 languages. On its blog, Twitter representatives said that right-to-left languages posed a “unique” technical challenge that was overcome by its engineers. The translation itself was made possible thanks to the participation of over 13,000 volunteers who helped translate Twitter’s menu options and support pages.

The company explained that those who donated their time and skills are a diverse group including a Saudi blogger, Egyptian college students, Lebanese teenagers, IT professionals in Iran and Pakistan as well as an Israeli schoolteacher.

We hear a great deal about the networked society as the ultimate global discussion where everyone’s invited – which makes it easy to overlook details. Today, 56.6 per cent of online content is in English while some other languages are severely under-represented. For instance, only 1.3 per cent of online content is in Arabic – even though Arabic is estimated to be the 5th largest language worldwide when it comes to the number of native speakers.

Digital communication, as a way to share information and debate ideas, is now central to many parts of life. One prominent example is the focus on online activity in contentious political activities. Twitter and similar networks have been hailed as important tools of communication and organisation for opposition movements to authoritarian regimes.

Such networks were arguably important for successfully mobilising recent movements in the Arab world. However, the emphasis on new media overshadows the other means of communication that ordinary people used, such as posters, flyers and simple word-of-mouth.

To understand the limits of online activism in a developing country, it is important to get a better sense of the demographic that makes up the country’s online mediascape. In a country of great inequalities such as Egypt, Asef Bayat, author of Life as Politics: How Ordinary People Change the Middle East, believes that the 70,000 members of the April 6 Youth Movement Facebook page were “mostly educated youth”, a minority of the population. He notes that despite increased use of the Internet, cyber campaigns remain limited to the elite in the Arab world.

The 13,000 volunteers’ efforts to make social media available in new languages are a testament to the desire and the need to make the Internet-democracy dream a reality. As online networks open up to more people around the world, access to online tools will slowly cease to be the privilege of an educated multilingual middle-class.

Along with making Internet access available to more people around the world, the next step in the democratisation of information should be the emergence of online content and tools produced by people in the Global South, so that the connected world doesn’t remain culturally, ideologically and economically dependent on content produced by people from a tiny minority of countries.

The web has the potential to become a space where a multilateral conversation takes place and where all have equal leverage. It’s happening, but we’re not quite there yet.

The effort is on-going. Many of us have found that being connected online gives us agency and opened up a world of possibilities. It also gives us the opportunity and responsibility to contribute so that others can benefit.

Nada Akl is a freelance journalist based in Beirut. For information on how to suggest new languages or volunteer you can visit the Twitter translation centre here: http://translate.twttr.com/welcome.

One Response to Cyber Campaigns ‘Limited to Elite’ in Arab World