Wikileaks: It’s all about damage control for the U.S. 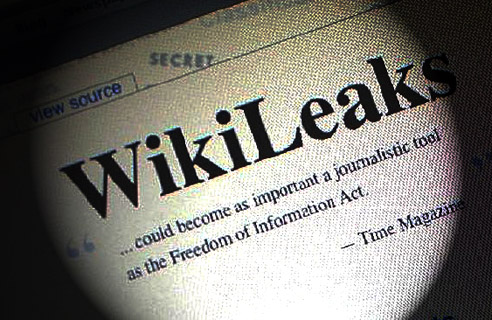 The solemn world of diplomacy will never be the same after the release this week of tens of thousands of sensitive US diplomatic cables covering international issues, foreign leaders, bilateral relations and much more. Most of these cables–sent from US embassies all over the world to the State Department and vice versa–are categorized as confidential, secret or “noforn”, meaning that they should not be shared with other countries.

According to Wikileaks, the whistleblower site which released the documents, the cables cover messages sent between 1966 and 2010 and originate from 274 US embassies, consulates and diplomatic missions. It is a massive leak by any standard and according to Wikileaks by the time the full disclosure of messages is complete it will be seven times the size of its Iraq documents release.

It is not the content of the cables – as embarrassing as some of it will prove to be for the US government and its allies-that worry Washington and other capitals, but the fact that this latest leak will change the way governments engage in diplomacy, not only among each other, but particularly with the United States.

Since diplomacy was invented many centuries ago it has hinged on candor in discussions not only between friends but between enemies as well. What goes in private discussions, negotiations and exchange of messages was largely kept hidden from the public, sometimes forever. Instead the public was fed the usual diplomatic jargon; carefully chosen words and statements which often carried little factual value.

But now the thick curtain that has for long shrouded the edifice of diplomacy has fallen laying bare sensitive comments, impressions, directives and others for all to see. This could not have been achieved without the digital revolution that has taken our world by storm in the last two decades. It will have long-term repercussions on US foreign policy, especially in the Middle East and will almost certainly unleash a
reactionary, and controversial, wave inside the US intelligence and legal communities that could make that country more impregnable to future leaks.

The immediate damage will have to be contained. The US will move to appease its friends and allies some of whom have been unfavorably characterized by American envoys in their cables. On the other hand, Washington will have to work hard to restore trust with leaders, international agencies and countries in the wake of embarrassing and even dangerous policies which the messages have revealed.

US diplomats in foreign capitals will be particularly disgusted that some of their personal comments on and characterizations of leaders were made public. Others will feel that conducting foreign policy and pursuing America’s interests in volatile regions will be compromised. This is especially true of Pakistan, the Gulf and Yemen.

But there is a catch in all this. The US is not alone in pursuing the kind of diplomatic activities which the Wikileaks documents have exposed. Foreign emissaries are expected to brief their governments on what goes on in their host countries. They are expected to be candid, clear, unabashed and in a way undiplomatic in describing the domestic scene.

If Wikileaks had access to sensitive Russian or Chinese cables the world would be as shocked to read personal comments and feed on classified revelations. That sometimes happens, although not at this large scale.

Cablegate, as it is now dubbed, is characteristically American because Wikileaks, it seems, has managed to manipulate a failing system. There are reportedly more than 2.5 million US personnel with all types of security clearances to all sorts of classified and secret documents. Blame it on the war on terror and the fact that America, in the aftermath of 9/11, discovered that lack of coordination among various intelligence agencies and poor sharing of information were among the direct causes for failing to uncover the terrorist conspiracy against mainland USA.

Can anything good come out of all this? Newspapers and news organizations that decided to publish the documents have all defended their decision to do so on grounds of serving public interest. The public has a right to know how US policies are shaped especially with regard to contentious issues such as North Korea, Iran, China and others.

And while most western governments have condemned the release of the documents by Wikileaks, describing it as “reckless” and “irresponsible”, even as endangering people’s lives, none has taken action to prevent local media from running it.

Perhaps some good may come out of this episode after all. The United States, in spite of its democratic institutions, has been running a global foreign policy that has been largely covert, manipulative and sometimes unlawful since the end of the Second World War. Wikileaks has shed light on some of these controversial policies and further publication of documents may uncover unpleasant truths about US involvement in many events throughout the world.

It is not what diplomats do which will change, but the way they do it. In the age of digital information it is proving difficult, almost impossible, to keep anything hidden from prying eyes. More secure networks will be introduced and the legal framework will make it difficult for the likes of Wikileaks to carry on. But will this change America’s way of conducting its foreign policy?