UAE Gears Up for Elections – But Will the Voters Show Up? 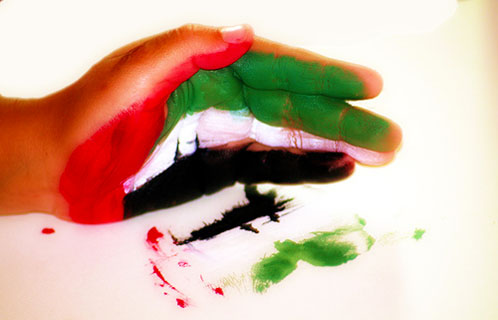 It’s been an interesting couple of weeks following the outdoor circuits of the UAE, as candidates for the twenty publicly elected seats of the 40-seat Federal National Council have been trying to get word out that they deserve to represent the people in the national advisory assembly.

This is the first time we’ve ever seen quite so much public brouhaha – there are some 468 candidates and, although they have a mandatory Dhs2 million ($550,000) campaign budget cap, it is hard to see how some haven’t been overspending. It’s certainly been the salvation of the outdoor advertising industry, which has been reeling ever since the real estate collapse tore the guts out of the overheated medium. The Arabic papers are filled to the brim with ads from candidates, many are expensive half page colour spots, others have been putting up election tents. Some have Facebook pages, others are advertising their BB Pins. Suppose at least it’s better than scrawling them on cassette boxes and hurling them at women.

We’re not exactly talking universal suffrage here: the UAE’s electorate will consist of 129,274 people (59,991 are women), picked by the rulers’ courts of the seven emirates. That’s up from 6,600 people who participated in the last FNC election, held in 2006. While they will select 20 candidates for the advisory FNC, the other 20 will be directly selected by the rulers’ courts.

And yet while the winds of change have been busily gusting around the region following the events of the ‘Arab Spring’ (a phrase, incidentally, I am coming to mildly dislike), there appears to be little appetite for that sort of thing around these parts. Speaking of his experience with voters (the ‘electoral college’) with Gulf News, Dubai candidate Abdullah Abdul Majeed Al Hajiri was quoted by the paper as saying: “Most of those I manage to talk to were either unaware of the FNC or have no burning issue for someone to represent them in the decision making process.”

Gulf News’ editor in chief, Abdul Hamid Ahmad, in an editorial published by the paper today, points out that not all of the Dubai candidates have been active. “They do not have the motivation and the drive to reach out to the people,” he thunders.

Perhaps that’s because the people are hunky dory and don’t actually want their babies kissed or people making them outrageous promises that never materialise?

The voters go to the polls on the 24th September. It’ll be fascinating to see what the turnout’s like.