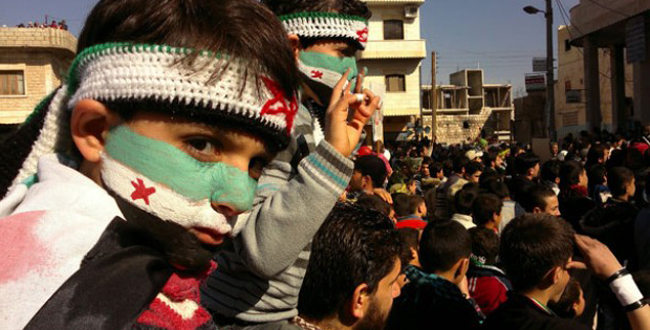 In his latest op-ed for Arab News, Abdulateef Al-Mulhim responds to a question that’s bouncing around the region, wondering where is America and American action when it comes to Syria. He correctly identifies several issues that stay America’s hand, starting with the fact that the opposition to the Assad regime is scattered and uncoordinated. Who, exactly, should America be supporting? Worse than picking the wrong party to back is to just jump into a situation where the fall of the government results in chaos. That’s a lesson the US learned and continues to learn from its intervention in Iraq – and likely Libya as well.

While the upcoming US elections are certainly on American minds, I’m not sure that they are a strong reason for American reticence. Sure, the American people are getting tired of intervention in foreign countries where even good intention reap ambiguous results. If a strong case for intervention in Syria were made – and there were a strong likelihood that intervention would lead to a better solution – I think the government would take the political risk in order to do the right thing. At the moment, though, neither of those conditions pertain.

Al-Mulhim is right, too, in pointing out that Syria’s Russian support is not something the country should count out to pull its chestnuts out of the fire. Russia will make the right political statements in the right political venues. It may even offer some low-level aid. But Russia will not commit troops or warships to protect Syria. Syria is only useful to Russia as a goad toward both the US and Israel, not worth going to war over.

In concluding his piece, Al-Mulhim also notes a fact of the modern world: The US will be blamed whether it acts or it doesn’t act. Choosing one or the other only serves to define which populations, which countries get to hold the hammer of public denunciation. Right now, the US is more content to take the pounding for inaction.

January 26, 2011 was the first day of the Syrian uprising. The protests started as a continuation of what became known as the Arab Spring. During the Arab Spring, we saw violent and drastic changes in the Arab world, in Tunisia, Egypt, Yemen and finally Syria.

The Syrian uprising is the longest and so far the bloodiest. All Syrians who are participating in the protests against Bashar Assad asked the question of where are the Americans and their mighty war machine? What makes Libya different from Syria?

The Syrians’ question is countered by an American question. Why are the Syrians asking for the American intervention in the first place? Hasn’t Syria been anti-America for many decades, and America is the mother of Imperialism? Wasn’t it the Syrians who said, it is America, who is the enemy of all Arab people. And wasn’t it the Syrians who wanted the people of the Gulf states to boycott America and American goods? However, the question still remains, why America didn’t interfere in Syria, as it did in Libya?