The ‘War of Ideas’ That’s Raging in Saudi Arabia 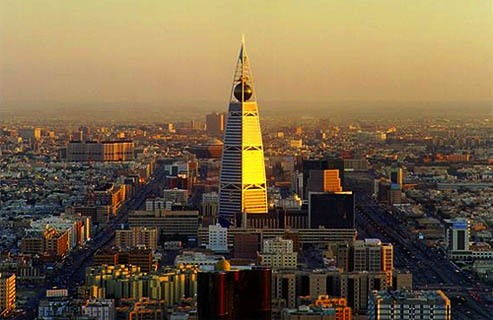 Tariq Alhomayed’s piece in Asharq Alawsat accurately portrays what’s now going on in Saudi Arabia: a civil war of ideas. While the state has largely managed to deal with things like terrorism (viz. the arrests over the past eight months of nearly 150 extremists of various stripes) and asserting some level of control over the issuance of fatawa, it has not addressed, at Alhomayed says, ‘the little issues’. Those ‘little issues’ are at the root of the problem and need to be sorted out.

On one side are those who seek to return the country to an idealized past. That past is partly mythological, partly aspirational, partly the result of thuggish attitudes toward controlling people and their behavior.

On the other side are those who seek liberalization in order to confront the very real challenges represented by the facts of the 21st C., by an explosive growth in population who will require jobs, by a realization that individuals (including female individuals) cannot be totally subsumed by society and cultural values.

A statement from the New Testament Book of Matthew certainly pertains: “No one can serve two masters. Either he will hate the one and love the other, or he will be devoted to the one and despise the other.” If this holds true for an individual, then it holds multiply true for a state. The forces within Saudi Arabia that seek to deligitimize the state in the quest of a ‘Golden Age’ that never was need to be constrained.

This is not to say that seeking to adhere to religious values is wrong. I do not believe it is and I have no problem with ‘Islamism’ writ large. I do have a problem with using the narrowest possible interpretations of Islam to constrain and repress a society, to actually condemn it to backwardness, to injustices, to fearful adherence to dictates based on the questionable recall of meritorious words and deeds.

The Saudi Arabian Interior Ministry revealed that 19 terrorist cells were planning to carry out operations against institutions, foreign nationals, security figures, and even media figures within Saudi Arabia [before they were arrested by the security apparatus over the past 8 months].

This in an indication that the conflict that is taking place between the terrorists and the Saudi security forces is becoming more ferocious.

The statement issued by the Saudi Arabian Interior Ministry revealed that Al Qaeda is trying to undermine the security achievements made by Saudi Arabia by targeting easy or open targets, such as media figures and foreign nationals who – of course – do not receive special individual security protection, as this would be impossible.

Al Qaeda wants to achieve two goals; firstly, intimidating those who criticize it, namely the media, and secondly undermining the image of the security services and the successes it has achieved both domestically and externally.This is what is making this battle so difficult and ferocious.

The problem in Saudi Arabia today is not in the security effort or its citizens’ cooperation with the security apparatus but rather in the ideological division that exists, and the implementation of laws that aim to dismantle the smaller parts of terrorism that contribute to the construction of the grand machinery of terrorism which Al Qaeda utilizes to polarize society, motivate and incite people, and raise funds.