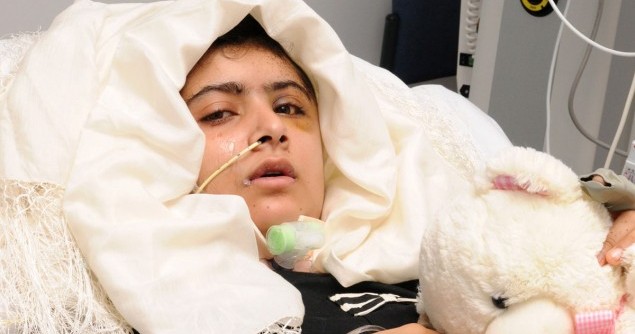 Well, the Malala Yousufzai backlash took all of … five minutes. The outpouring of shock and outrage over the Taliban’s attempted assassination of the teenager who advocated for girls education has been replaced with a campaign of character assassination and conspiracy theories.

The momentum of public support that would help the Pakistan government crush the Taliban has passed. Clerics and politicians have largely remained silent since the Oct. 9 attack. And the public has expressed little more than indifference in the past week over Malala’s shooting.

Blinded by the rock-solid belief that even bad Muslims are incapable of committing murder — despite claims by the Tehreek-i-Taliban Pakistan that it was responsible for attack — many people excuse the TTP’s behavior by rationalizing that outside forces, and even Malala herself, had a hand in the incident.

In interviews with Pakistani human rights organizers this week, National Public Radio reported that the chatter in cafes and meetings with clerics among Pakistan’s young people is not one of support for Malala, but how US military drone attacks kill civilians. One young man remarked that Pakistani outrage should be reserved for the drone attacks and not for a single teenager agitating for change. Others invoked the case of Aafia Siddiqui, the Pakistani neuroscientist serving an 86-year sentence following convictions on intent to commit murder of US agents.

Clearly, the legality and morality of drone attacks that violates a nation’s sovereignty and leaves scores of dead civilians requires thorough examination. And there is little doubt that the Aafia Siddiqui case also needs another look amid claims the conviction was a gross injustice. But these attempts to deflect the horrors of religious extremism onto the United States are an exercise in intellectual dishonesty.

This corruption of faith in humanity is all too apparent on the Internet, which is awash in repeated attacks against Malala and her family. Most prominent among Malala’s critics is Samia Raheel Qazi, a top member of the women’s wing of the ultra-conservative Jamaat-e-Islami party and severe critic of women’s rights. Qazi posted on her Twitter account a 2009 photograph of Malala and her father “meeting with American military officers.” The photo and caption implied that Malala was in cahoots with the US government when in reality it was video still from a documentary about Malala who sought support for girls’ education from then-special envoy Richard Holbrooke.

Anger continues to be directed at the US. There are claims, especially on Twitter and conspiracy-minded blogging websites, that CIA agents posing as the Taliban, or Taliban members acting at the behest of the CIA, shot Malala. Photographs of Malala being rushed to the hospital are enlarged and examined with great care to spot faces of Pakistan military officers in the background and to speculate about their presence. One blogger suggested that a photograph of a partially obscured female running behind Malala’s stretcher toward an air ambulance was actually Malala. Such attention to detail would make even the most ardent Kennedy assassination conspiracy theorist appear to be a slacker in his work.

On Twitter, the heavy breathing over US misdeeds reflects a mindset that the only explanations for Muslims killing Muslim children are due to Western influences. In other words, the people of Pakistan have no need to look inward about the actions of their neighbors because external forces are responsible for the violence.

As one twitterer wrote, “#Malala is talk of the world, ‘Allegedly’ Taleban shot her.. It’s Just like ‘Alleged’ #WMD of Iraq, Let’s see what comes out of this one.” Lazy and convenient thinking will only further damage the integrity of the Pakistan government and its people.

The independent online newspaper The Lahore Times reported that the “United States of America was behind the attack,” although most of its coverage has been generally free of speculation.

I don’t excuse, nor do I see justification, in the drone attacks in northwest Pakistan. I see the bombings as crimes against humanity. Aafia Siddiqui may very well be an innocent dupe targeted by the United States to collect its pound of flesh to avenge 9/11. These are righteous causes to get behind.

Yet the attempted murder of Malala is also a crime against humanity. If she had died, it would be as if the Taliban had murdered all of humanity. It is no less a miscarriage of justice than of Aafia Siddiqui or a child dead in her home following a US bombing raid.

This moral relativism that Western misdeeds are more offensive and outrageous than the Taliban’s murderous agenda to silence children is a profound disservice to the Ummah in general and Pakistan’s people in particular. Demands for justice for the dead in drone attacks and for the falsely imprisoned is an obligation. But don’t sacrifice Malala because the reality of her shooting is too horrible to contemplate.