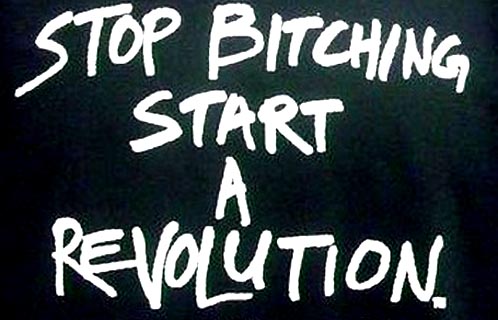 The Arab world is in a state of flux.  After decades of paralysis Arab societies are awakening with a fury that autocratic regimes hiding under the guise of republicanism have never seen before.

The Tunisian people’s overthrow of Ben Ali (facilitated by the military’s non-participation in the repression of the uprising) opened the floodgates to popular expressions of the people’s frustrations.

The Arab world’s most populous nation, Egypt, teeming with some 80 million people is witnessing massive street demonstrations whose anger is not aimed at a rise in the price of bread or fuel.  Rather, the target is the political system first brought into existence by President Nasser some 60 years ago and kept in a state of suspended animation by President Mubarak for the last 29 plus years.

There have also been demonstrations in Yemen calling for President Saleh to quit after 32 years in power, street anger expressed in Libya (whose president Gaddafi – holding onto the reins for over 40 years – denounced the overthrow of Ben Ali) and loud outbursts of protest in both Jordan and Algeria at the state of the economy and consequent suffering of the people.

What I find heartening is the new generation of protestors who are coming to the fore, the youth and the young at heart who are using the 21st Century’s powerful tools of new media to organize, spread the word and display a brave, highly organized and civilized face of protest.

No longer are anti-regime demonstrations organized and led by the traditional forces of opposition, usually Islamist. There’s a new face of protest emerging in the Arab world, and the world-at-large should take note.

I find all of this very promising and yet I’m under no illusion that regimes will topple in a domino effect. But I trust that what we are witnessing is the beginning of the end of the age of mediocrity that has plagued the Arab world since the end of World War II.

The Arab world has regressed considerably since the Arab awakening of the late 19th-early 20th Centuries. It makes me wonder where it all went wrong when I consider that Egyptian women were granted the right to vote before British women.

What happened was the end of colonialism and toppling of the traditional monarchies were replaced by so-called revolutionary, nationalistic regimes that set about disassembling all the facets of a properly functioning society and state. And all this was done with the tacit approval of Western governments more interested in preserving stability than progress in a crucial region. Well, the chickens have come home to roost.

The Arab regimes, unbeknownst to them, were nurturing through their convoluted form of government a form of extremism unseen in modern times. Then, also unbeknownst to them, they started exporting it. When the liberation of Palestine became a lost cause, secretly admitted yet never publicly acknowledged by the Arab leaders, there was an inward focus. Torture became a sadistic art form. Repression a byword for government. Development and education took a distant backseat to the sole aim of regime longevity.

And so Arab societies regressed, cowered in fear, husbands whispered political protests to wives while looking over their shoulders and children were taught never to repeat what’s said at home about the infallible leadership.

For years I’ve observed with great sadness and frustration, nations of Arabs who glorified the achievements of a distant past while offering nothing in a bankrupt present for a challenging future. I watched as the art movement floundered, literature take a dive, educational systems produce graduates inadequately equipped for a rapidly changing world, sports teams take humiliating beatings on the world stage and creativity and freedom of expression being stifled. Fear. That is the overwhelming emotion in the Arab world. Fear of government, fear of uniforms. And as long as the West got its oil everything was fine. Well obviously it wasn’t.

Arab governments are now trying to block access to social networks.  What they don’t understand is that if you close the door people go in through a window.

A few years ago I bought a T-shirt from a Zendik commune member on a street corner in Washington, DC. Emblazoned on the front is the slogan: “Stop bitching. Start a revolution”. Indeed.

I believe we are witnessing the beginning of the end of the age of mediocrity. For the good of the world I sincerely I hope I am not proven wrong.