The Dark Arts of Politics Creeping Into Gulf Social Media 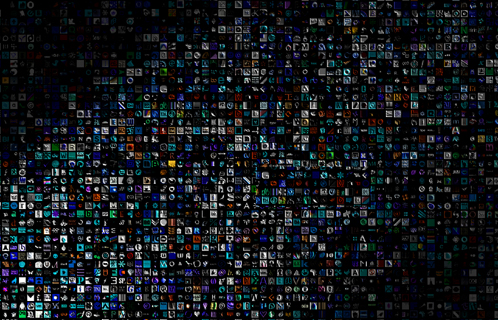 Post-Second World War America was a period of economic growth and prosperity for many citizens but it was also a dark period in which a powerful US Senator by the name of Joseph McCarthy initiated a process of publicly accusing individuals of harbouring communist tendencies without regard for evidence.

McCarthyism, as it became known, involved character assassinations, accusations of treason and a media campaign against thousands of Americans many of whom lost their jobs and saw their careers end. Some even lost their lives. McCarthyism ended with a series of court decisions although many of its repercussions continue to reverberate to this day.

In the Gulf over the past few weeks, social media has been used as a tool to debate the Arab Spring of 2011 as well as to foster the unprecedented political activism that has emerged in what have been largely politics-deprived societies.

Naturally, there were varying opinions from pundits and observers alike. The Gulf youth have, within a period of a few short weeks, been more politicised and polarised than in the past few decades combined. But some online conversations have clearly been progressing towards a worrying direction, labelling those that social networkers disagree with politically as ‘traitors.’

A Facebook group I was added to recently reflected this trend; it included pictures of individuals, some of whom I recognised, others unknown to me, all with the word ‘traitors’ under it in Arabic. The administrator of the page goes as far as to ask members to attack those ‘traitors’ on their personal Facebook pages ‘under every comment.’

On Twitter, a common response I receive after posting a news item about Gulf individuals who were called in for questioning or have been dismissed from work for their political activity is the phrase ‘the traitors deserve it.’ Comments such as ‘this person’s family isn’t even pure nationals’ are also common.

The Gulf has suffered from a sort of McCarthyism before; takfir or the labelling of the other as infidels and heretics was an easy way of discrediting others. As a result, only voices from extreme elements in society were heard. Labelling those we disagree with as traitors is for me one step below Takfirism. It is the easy way out of holding an intelligent conversation.

There is no single shade that we can use to colour the Gulf. Diversity of opinion is what makes thoughts and ideas in society flourish. It is not possible for us all to share the exact same opinion and, therefore, intelligent and informed debate must take precedence over the primitive act of hurling accusations. These extreme reactions may prove to be a bad omen and even a self-fulfilling prophecy.

They reflect the fact that in the Gulf there is no official channel for debate that is tolerant even when the three ‘untouchables’ of God, Country and Leader are off the topic. This also shows that many Gulf citizens are unable to debate topics that are sensitive and polarising without resorting to personalising the matter. When I started writing Op-Eds years ago I would often receive critical e-mails and would reply asking the senders to forward their criticism to the comments page editor for them to be published. Those who take the time to read my Op-Eds and articulate a well-founded reply deserve to be heard just like I was. Ultimately, a culture of disagreement leading to intelligent debate in the Gulf must be nurtured and not discouraged.

The accusation of treason is the most serious civil offence a person can be labelled with. It is only for the courts to decide who has committed such a heinous act. This is not a matter to be left for social networking sites and the blogosphere. We may disagree with these individuals; it is our right to do so as it is their right to disagree with us. If we believe that they are wrong it should only be through dialogue that we settle the matter. And if the accusations are indeed serious it should be left to official channels and transparent courts.

The petty accusations are distracting us from meeting the real common challenges that Gulf citizens need to be concentrating on today, both external and internal.

It’s taking America decades to reform the damage that Senator McCarthy did to the system. Gulf nationals should realise the risks of long-term damage that such accusations may cause, not only to these individuals, their careers and families, but also to the fabric of Gulf society.