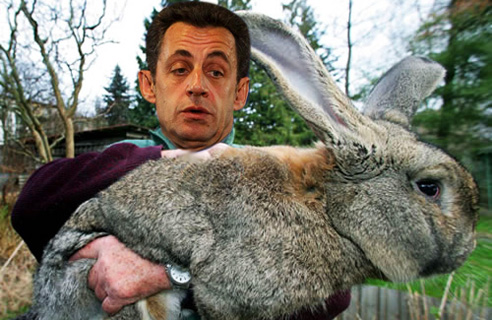 Yes, we’re interested because we get to see the inner workings of the US machinery of state in its uncensored form. We’re avidly eating popcorn as the Hillary Clinton saga unfolds as she calls for China to be more open about sharing state information and embracing the internet whilst at the same time advocating “aggressive steps” against those at WikiLeaks.

But what we secretly love is the utterly trivial gossip that even high-level diplomats exchange.

North Korea’s Kim Jong-il was described as a “flabby old chap”, Colonel Gaddafi’s long-time Ukranian nurse is a “voluptuous blonde” and Russia’s Prime Minister Putin and President Medvedev were described as the double act “Batman and Robin”. Partying makes Berlusconi tired (we learned separately of his “bunga bunga” parties) and Turkmenistan’s president wanted a yacht as big as that of the Russian tycoon Roman Abramovich, but he couldn’t have one, as it would have been too big for the waters he sails in. My favourite story, though, is the one of Sarkozy chasing a rabbit around the office. And no, that isn’t a euphemism for anything.

See – now you’re interested, aren’t you? You’re going to go and tell your colleagues, friends and families about the rabbit story. You’re probably Googling it as you read this.

We shouldn’t be horrified that US diplomats are engaging in this sort of secret office activity under the banner of classified information – please admit it, the rest of us are just as guilty. For us it is Monday-morning banter by the coffee machine, for those political animals it is all hi-tech cables and online memos.

Ooh, those naughty juvenile diplomats with deplorable moral standards, is what journalists as well as ordinary folk have been saying, before turning to the unbelievable thing that Sara wore at the office do, or the unfortunate turn of phrase that your colleague used in a meeting with the company’s biggest client. The only thing is, none of us expect to have our confidential opinions put on such public display, otherwise we too would be a lot more careful.

The question is, where is the line between the useful information that you need to exchange in order to do your job, and the superfluous details that we like to share in order to dish the dirt? The former makes you successful in your career, the latter makes you into a Bad Person.

There is a gender dimension to this as well. We say that women gossip, while men engage in “networking”, “bonding” or perhaps even “international diplomacy”. The latter is surely the name for some of the gossipy content of the cables published by WikiLeaks.

Nicole Hess, an anthropologist at the University of California at Santa Barbara, calls gossip “informational warfare”.

And that is exactly what every office worker – from admin staff at your local business all the way up to senior officials at the US state department – is engaged in every day.

Information has never been so powerful. And with so many unverifiable sources of information production and an even greater number of channels through which to disseminate it, how will we learn to distinguish what is truth and what is malicious rumour? More worryingly, perhaps there are those who don’t want us to know the difference. After all, gossip sticks. You’ll never think of Sarkozy without the image of a rabbit, and in your mind Gaddafi’s voluptuous blonde will always be by his side

This is my weekly column for The National, published over the weekend.