Qatar World Cup 2022: Sponsorship versus Principle – To Serve or not to Serve? 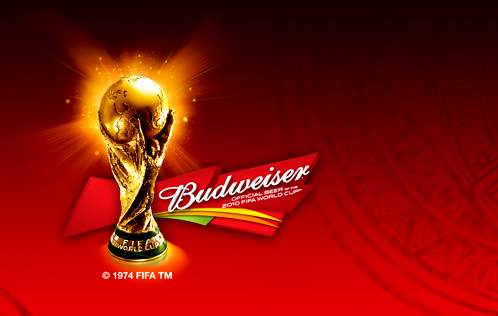 With alcohol becoming a domestic political issue in the Gulf state of Qatar, host of the 2022 World Cup, Qatari officials are certainly taking heart from world soccer body FIFA’s battle with the non-Muslim hosts of the next two tournaments, Brazil and Russia, over the role of alcohol in the world’s largest sporting events.

That however may be premature. The outcome of FIFA’s dispute with Brazil, host of the 2014 World Cup, and Russia where the tournament will be held in 2018, is certain to shape the soccer body’s certainly forthcoming debate with Qatar.

Unlike Qatar, which restricts the consumption and sale of alcohol on religious grounds, Brazil and Russia have outlawed its sale at sporting events in recent years in a bid to control crowds and prevents riots and violence.

With FIFA insisting in the words of its General Secretary Jerome Valcke that “alcoholic drinks are part of the FIFA World Cup…that’s something we won’t negotiate” due to its obligations to sponsors that include brewer Budweiser, a compromise may already be in the making. Whatever that compromise is, it will certainly inform debate in Qatar as well as between the Gulf state whose cultural history is rooted in a puritan interpretation of Islam and FIFA.

Alcohol and particularly beer battles increasingly seem to be a feature in the walk-up to a World Cup. German brewers revolted in 2006 because their beers were initially excluded until Anheuser-Busch agreed to sell local beer Bitburger alongside its own. “We’re not talking about alcohol, we’re talking about beer,” Mr. Valcke said in Brasilia, a distinction that certainly will be rejected in Qatar.

Qatar-based controversial Islamic television preacher Sheikh Yusuf al-Qaradawi who commands a following of tens of millions and has a weekly show on the Gulf state’s Al Jazeera television network issued a religious edict in 2008 that Muslims could consume beverages with up to 0.5% alcohol.

The ruling was however rejected by supporters of Wahhabism, the puritan version of Islam common to Qatar and Saudi Arabia even if it’s more liberal interpretation in Qatar is a far cry from its severe application in Saudi Arabia. The ruling moreover doesn’t do much for beer brewers whose products have an alcohol content of more than four per cent.

An emailed FIFA statement on this week’s first meeting in Brazilia of the 2014 Cup’s Local Organizing Committee made no mention of the alcohol issue, but FIFA’s insistence that Brazil overturn its ban has sparked debate in the Latin American country as officials seek to find a resolution.

While some members of the Brazilian Congress and judiciary are campaigning for the ban on alcohol to remain in place, FIFA said in a statement sent to CNN that it believes that the law instituting the ban would soon be changed.

“The selling of beer in stadiums is part of the fan culture and will also be part of the 2014 FIFA World Cup. It is important to note that the sale of alcohol will be limited to beer only as was done at all previous FIFA World Cups. We are confident that we will be able to solve the very few open matters and close the chapter of the 2014 Bill by March 2012, so we can then focus on the operational aspects of staging the FIFA Confederations Cup in 18 months from now and then the 2014 FIFA World Cup,” the statement said.

Brazilian Minister for Sports Aldo Rebelo, speaking to CNN acknowledged that Brazil in its agreement to host the World Cup had “agreed with all the requirements… We need to move on and fasten up and I am confident that by March we can complete this,” the minister said.

Similarly, Russian soccer federation president Sergey Fursenko called in recent days for the reinstitution of beer advertisements and brews in Russian stadiums. Prime Minister Vladimir Putin last week told a soccer fan that “when the decision was made about stadiums, it came from the best of intentions. OK, we’ll return to it again and think about it.”

Qatar, a controversial choice for the World Cup because of fan objections to some of its cultural mores, a lack of a soccer tradition and blistering summer temperatures, has sought to pre-empt a debate about alcohol by announcing that it would create fan zones where alcohol can be consumed.

The offer has so far silenced the Gulf state’s non-Qatari critics but features in a domestic debate that recently led to a ban on alcohol in restaurants on a man-made island that is home to and frequented by expatriates. The debate has also sparked online calls for a boycott of state-owned Qatar Airways because it serves alcohol on board and operates a shop in the capital Doha that sells alcohol and pork to non-Muslims.

Qatar’s drinking zone solution to the alcohol problem could well serve as a model for a compromise with Brazil and Russia. Alternatively, an agreement with the two non-Muslim nations involving a different solution could spark a revisit of the Qatari approach and fuel opposition to Emir Hamad bin Khalifa Al Thani’s efforts to position the Gulf state as a global sports hub and make sports a pillar of its national identity.