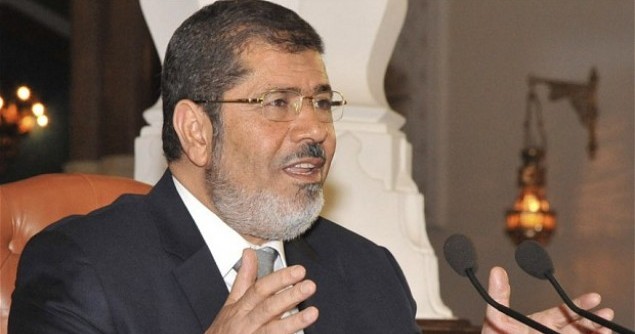 For understandable reasons, analysis of the political changes in Egypt has focused on personalities (new president Muhammad Morsi is not charismatic); on ideology (how far can he depart from his sectarian commitments as a hard line Muslim fundamentalist truly to be president of all Egyptians?); and on military-civilian relations.

But those questions are not the big ones for the future of Egypt. Its politics has become unstable because it is stagnating socially and economically. Here are the most important steps Morsi, an engineer and scientist, could take to turn the place around. It can be done. Turkey has moved up to the world’s 16th largest economy, and is set to grow 9% this year. When I first visited Cairo and Istanbul in the early to mid 1970s, they seemed to me about on the same level economically. Now, Turkey is clearly a much more advanced economy.

When I was in Ankara last December, I marveled at how clean the streets and sidewalks were, and how well-kept-up public infrastructure was. I was walking around downtown Cairo near the Ramsis Hilton a couple of years ago and actually found a street where most of the buildings had collapsed and the rubble was just left there. Wasn’t that property worth something in downtown Cairo? Why leave rubble near a five-star? Turkey did things in the past 40 years that Egypt did not, and Egypt fell further and further behind.

1. Morsi must make the attempt to root out corruption from the Egyptian system. People are not going to put up with having to pay bribes to government workers to have them do their jobs, and entrepreneurs will just stay home in their pajamas if they think they have to deal with a mafia bureaucracy. Moreover, you will never get big investments in Egypt from abroad as long as corporations are being asked to do something that is illegal in their home countries. Corruption in Tunisia and Egypt under the dictators probably took between 1 and 3 percent a year off economic growth by discouraging investment and discouraging local entrepreneurs. Over decades, that kind of venal economic policy has consequences. Lee Kwan Yew accomplished this vast reduction of corruption in Singapore, and it was one of the bases for that country’s economic efflorescence. (Paying public sector workers a living wage and paying it on time would help.)

2. Egypt has to grow economically faster than its population. Egypt began a demographic transition a couple of decades ago, but it hasn’t gone all the way and has stagnated. The big step is for people to prefer 2-children families. Young Egyptians still want at least 3 children on average (poor women want more, educated ones often want just one or two). Egypt is still growing at 1.9% a year demographically, which will cause its population to double in 37 years (i.e. from 82 million to 164 million). If its economy grows 2%, which is a good rate nowadays, that is zero per capita increase.

There won’t be enough jobs or houses for all those new people (a whole other Egypt!) coming into the world during the next four decades. Demographer Fred Shorter once argued that Turkey’s population growth rate slowed much more than Egypt’s because Turkey had for-profit private condom companies that got the things into the hands of Anatolian farm wives, whereas Egypt had inefficient state provision of condoms. In any case, as long as the slowing of the birth rate in Egypt has halted, the country needs to grow 8% a year for a while to amount to something. That is easier said than done, but President Mursi should talk to his friend in Turkey, Tayyip Erdogan, about how.

3. Egypt has to attract foreign investment and get its tourism industry back to normal. Tourism brought in about $12 billion in 2010 but has fallen off substantially in the past 18 months (which is silly, since security is fine). Tourists won’t want to come to Egypt if puritan laws are passed forbidding alcohol, swimming suits, etc. etc. In general, foreign investors need to be reassured that the country is settling down (dissolving parliament won’t have helped with that) and that the Muslim Brotherhood is not going to make the country into another Iran. They also have to know that corruption will be tackled.

4. Egypt has to start making things the world wants, at a quality and price that is competitive. Egypt’s exports have typically been on the order of $25 billion a year in recent years. That is 61st in the world, not nearly good enough. Too many of the exports are primary commodities (grain, cotton, oil, gas, other minerals), which is not how a country gets rich. The real money is made by processing primary commodities into manufactured goods. The light textile sector could be vastly expanded with the right management and quality control.

5. Egypt has to do something about its [pdf] ramshackle education system, especially the universities. It is an embarrassment, and is interfering in economic growth. You can’t make high tech products like computer chips without an educated work force. A lot of people in Egypt don’t go to high school, and relatively few go to university. Egyptian 8th graders ranked in the bottom 4th on a 48-nation standardized test in mathematics. Those that do go to university often don’t get a proper eduction, with classes of 2,000, having to pay extra for the professor’s notes, and a system that depends on rote memorization rather than critical thinking. This crisis is a resource crisis; the corrupt Mubarak government wasn’t interested in investing in the universities. Morsi has to change this situation.

The one good thing about having the Brotherhood do well in Egyptian politics is that they have a reputation for not being as corrupt as the Mubarak crowd was. On the other hand, the Brotherhood has to avoid creating a fundamentalist atmosphere that scares off foreign investment (though that is mainly a matter of making favorable laws for investors; they have flocked to Saudi Arabia, so why not to Egypt even under the Brotherhood?)

It isn’t the issues of piety or irreligion or of civilian and military, that will be decisive for Egypt. It will be the hard economic and social realities