Israelis, Palestinians: Refusing to be Enemies 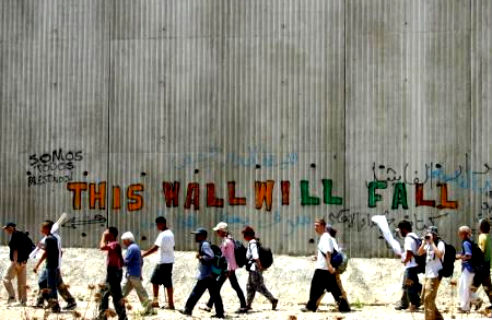 “I personally don’t have a problem with Israelis, but for your own sake you’d better not tell others around here where you’re from,” a taxi driver said to me during my last visit to Amman. Little did it help to explain that I attend demonstrations against the Occupation regularly and came to Jordan with Palestinian friends.

However, one fact did catch his attention and convinced him that I may not be an enemy to the Arab world after all: almost ten years ago I refused the draft, and spent two years in an Israeli military prison for it. “If you say that, I guess you’ll be okay with more or less everybody,” concurred the driver.

That driver’s response was in no way unique, and over the years I have learnt that refusal to serve in the army offers a very strong bridge between Israelis and Palestinians.

Ten years ago this month I was part of a group of young high school students which published the Shministim (Seniors) Letter to then-Prime Minister Ariel Sharon. The 62 signatories, all of us candidates for mandatory military service, stated that we considered Israel’s actions in the Occupied Palestinian Territories to be “in blunt violation of international conventions”, thus leaving no choice but to “obey our conscience and refuse to take part in acts of oppression against the Palestinian people.” Some of the signatories chose to enlist but serve only within Israel’s legal borders of 1967, while others chose to refuse the draft altogether.

This was not the first movement of its kind in Israel, but the numbers and timing (in the midst of the second Intifada) were crucial. The backlash within Israel was immediate and, with a few honourable exceptions, politicians from almost every party took turns lashing out at the group for being cowards, unpatriotic and even traitors.

In the two years that followed, the movement grew to 350 signatories. Reserve soldiers came out with similar initiatives, and tens of conscientious objectors were imprisoned for periods varying between two months to two years.

Reactions from Palestinians, however, were completely different. Within a week of the letter’s publication, ten families who had lost loved ones to the conflict signed a message of support and solidarity, saying they hoped more people would choose the way of peace. Several months later, a young Palestinian sent the Shministim a letter saying he had planned to carry out a suicide attack against Israelis but, after reading their letter, he “felt that some words can be stronger than the sound of a bomb” – and chose non-violent resistance instead.

With time, refusal to serve in the army has increased, not only as a political phenomenon but also amongst young people who feel side-lined by the neo-liberal economy, and who choose to stick by their families at times of need rather than serve years in the army.

Together, the Occupation and growing social injustice inside Israel have given rise to a new anti-militarist discourse, which has found popular expression in the recent J14 social justice movement.

Perhaps for the first time in Israeli history, a mainstream group involved in a struggle is talking about “security” not in terms of tanks and planes, but in terms of housing, jobs and education for all – Jewish and Arab citizens alike.

Despite the fact that the J14 leaders are dubbing this movement “apolitical” – meaning that it takes no stand on the Palestinian-Israeli conflict – I argue that its spirit reflects a growing understanding that social justice cannot be achieved so long as the Occupation persists. Perhaps it is no coincidence that Daphni Leef, one of the movement’s central leaders, was a signatory of the Shministim letter. While Leef herself prefers not to highlight this, many have come to her support in the face of criticism, stating that her contribution to society through the social justice struggle is far greater than anything she could have done in the army.

Over the last decade, partnerships forged between Israelis and Palestinians who refuse to be enemies have become a central theme in the fight for peace and democracy in our region.

It is this partnership precisely which will be needed now more than ever before, as the UN General Assembly prepares to debate the change of status of Palestine to that of a state. It is not unlikely that unfolding events could drag the region back to the violence of October 2000. The anti-militaristic spirit of the J14 movement will then be put to the test, and Israelis will have to choose between leaving their protest tents in favour of the war drums, or cease to enlist in service of the Occupation and persist in their own struggle for justice.

Haggai Matar is an Israeli journalist and a political activist. He currently writes for Zman Tel Aviv and the independent Hebrew website MySay. This article was written for the Common Ground News Service (CGNews).