Israel-Palestine and the Intellectual Square Circle 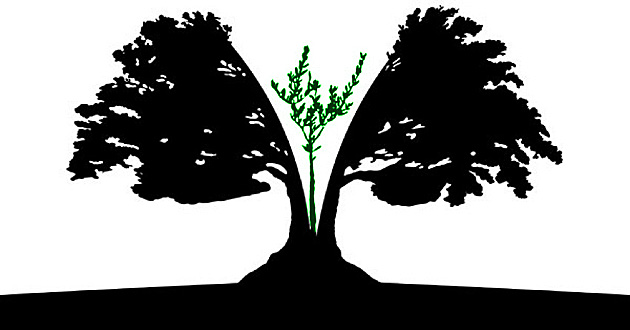 The Israeli-Palestinian conflict can do a “number” on intellectuals.  It can whipsaw them from left to right and back again.

Benny Morris is an example of an intellectual who was mugged by the disturbing realities of the conflict during the Intifada, and who lost any hope that the Palestinians could be reasoned with.  As a result, he’s turned into a caricature of his former self.  Instead of a tough, probing, precise historian who marshaled facts and allowed them to dictate his rather disturbing conclusions when he was a founder of the New Historians, he’s become a transferist who believes Ben Gurion didn’t do a good enough job of ridding the new State of those who represent the seeds of its destruction.

Sari Nusseibeh represents a Palestinian example of the pre-eminent intellectual who seems to have become unnerved in a fundamental way by the conflict.  An early supporter of a two-state solution and collaborator with well-intentioned Israeli peace crusaders including, at one time, Ami Ayalon, Nusseibeh has just published a new book offering some astonishing proposals for ending the conflict.

In their probing review, Avner Inbar and Assaf Sharon (the leader of the Sheikh Jarrah protest movement) note that Nusseibeh has retreated from politics altogether in favor of a moral construct that posits supreme power to individuals to overcome the obstacles that have prevented healing.  Though he still wavers on whether a two-state solution is still possible, he favors a different model: a one-state solution…of sorts.

In this state, he would offer the Palestinians of the Territories full civil rights, but no political rights.  This will be an instant non-starter for anti-Zionists who argue quite correctly that justice demands immediate and full rights for both Israeli Jews and Palestinians in this single state.  But it’s worth trying to understand his thinking.  First, he understands the enormous fear and opposition the one-state idea will have in the eyes of Israelis.  They will fear the end of their cherished notion of the Jewish state.  The Palestinian political philosopher believes that he can short-circuit a good deal of this by reassuring the Israelis that those millions of new Israelis will not threaten their political control of the State.

To the Palestinians he argues, Abbas and Hamas have gotten you nothing but promises and talking about talking about this mythical Palestinian state.  Meanwhile, the Israeli bulldozers erase our patrimony with every load of dirt they dig to build new settlements.  Looking all around them they are ringed by such seemingly immovable, immutable Israeli faits accompli.  Isn’t it time to get something that will allow you to live and prosper, even if it doesn’t offer you everything you want?  He argues you can continue agitating for the perfect solution while getting nothing.  Or you can get something approximating a reasonable solution.

You can see why a two state solution no longer carries any appeal for Nusseibeh.  What would be left for the Palestinian state?  A bantustan?  How could East Jerusalem be a true capital of a Palestinian state when it is completely cut off geographically from the rest of what would be Palestine by these huge encroachments of settlements?

But Inbar and Sharon correctly raise the terminal weakness of the argument for divorcing civil and political rights.  They can’t be separated.  Civil rights without political rights will eventually become no rights at all.

Which is why I found this Der Spiegel interview to be interesting.  In it, Nusseibeh notes that his proposal for denying political rights to Palestinians from the Territories would be “transitional,” though he doesn’t define what this means (I have not yet read his book, so I don’t know if he fleshes this out there).  If we expand upon what it could mean (without necessarily agreeing with his argument), he may be proposing an eventual awarding of full political rights to these individuals.  I can imagine this going something along the lines of counting Palestinian political votes in the same way African-American slaves were originally counted as a fraction of a person for the purposes of the political census.  You could increase the proportion gradually over time till West Bank Palestinians had full political rights.  Yes, I know that this suggestion carries an enormous historical stigma, and once again I’m not arguing for it myself.  But I’m trying to understand the logic behind it.

Alternatively, you could delay awarding of political rights to these Palestinians for a period of time (say, ten years) that would allow Israeli Jews to adapt to the change in status that their world and country would undergo.

The main benefit of Nusseibeh’s ideas, even if they are vehemently rejected by those on both sides of the argument, is that they provoke thought and grappling with ideas in new ways.  Lord knows, we’ve been grappling with the same old ideas for decades and none have resonated enough to persuade both sides.  These may not either, but they make you look at things a little differently than before, and that’s a good thing.

As a Palestinian, Nusseibeh is doing a remarkable and daring thing: he’s telling his audience that Israelis are scared, and that they must be partners in this enterprise if it’s to work in the long-term.  Just as the Palestinians refuse to allow themselves to be dictated to–so the Israelis refuse as well.

Personally, I don’t believe any Israeli who rejects the notion that Palestinians ever deserve equal rights in an Israeli state, will come to accept the idea that such individuals deserve such rights at a date certain in the future.  You might argue that circumstances and reality will persuade such people over time that they must throw in their lot with each other.  But that’s a rather frail reed on which to build your one-state solution.

After all, there remains a significant minority of Israelis who believe they would be better off if they expelled ALL their current Palestinian citizens, let alone absorbed millions of new ones.  I don’t see how even Nusseibeh’s significant concession to them will be persuasive.  Of course, it would be nice if it would.  It would be nice if both sides did have something to talk about; if they could offer each other something meaningful.

Finally, it’s worthwhile remembering this appraisal that concludes Sharon and Inbar’s review, which argues that the Palestinian author’s views are meant to shock people on both sides out of their complacency:

…His proposal is intended less as a political program than as “shock therapy” aimed at shaking leaders from their complacent intransigence, and the desperation this betrays must be heeded. Nusseibeh used to be one of the staunchest and bravest supporters of the two-state solution. His departure from that position expresses a growing sense of disillusionment and despair among Palestinians, which does not bode well.

NOTE: Muhammad Sahimi and I have co-written an op-ed just published in the Christian Science Monitor,Israeli Iran Attack? What Goes Around Comes Around. It discusses the vicious tit for tat terror war between Israel and Iran that could lead to a major misjudgment and war for the entire region. This is my first publication in CSM.