Islamists and Liberals: No Merger, Only Takeover 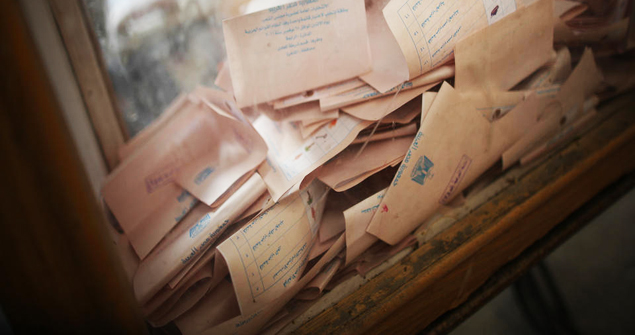 In the business world it is said that there is no such thing as a merger, there is only a takeover: the stronger party amongst the two ultimately ends up in power. The same can be applied to the world of politics. Islamists, traditionally the most organised group in the region, ally themselves with liberals or any change seekers to demand political reform; once these demands are met, they use their newly won political influence to implement their own goals without regard for their former allies.

We have seen this scenario play out time and again across the region. I highlighted in an article for Gulf News last year the marriage of convenience that took place between the Muslim Brotherhood in Egypt and Egyptian liberals at the initial stages of the 2011 uprising. Since then, liberal thinkers, including Ala’a Al Aswany, have been critical of the Muslim Brotherhood for “abandoning” the youth activists “as usual”.

Closer to the UAE, Islamists in Bahrain, both Sunni and Shiite, also initially allied themselves with liberals to demand political reform. Once in power they demanded the introduction of Sharia as was evident in their attempts to ban alcohol in 2010 and the public spat this year between Bahrain’s Culture Ministry and Islamist MPs, who alleged that a ministry-organised festival was “sexually provocative” and “promoted homosexuality” and demanded that it be scrapped.

Similarly, Kuwait’s modern history is peppered with examples of liberals working with Islamists who jointly demanded reforms from their government, such as in 1986, 1989-90 and the spring of 1992, only to see the Islamists turn their backs on the liberals once they achieved power. Today, Kuwaiti political Islamists have an extended list of demands they want to implement including banning “flirtatious behaviour”, “indecent attire” and women judges. On the other hand we find that the political Islamists, who have reached power in Tunisia and Egypt, have given initial assurances that they will not clamp down on alcohol and beach swimwear although conflicting messages have appeared.

In present day UAE, as in the rest of the region, political Islamists are the most organised group and are quite willing to work with liberals or non-politicised citizens to attain their goals. Amongst the issues highlighted by one of the most prominent UAE Islamists is what the late Anthony Shadid called “the intangibles” such as “entering a mall where virtually everyone is a foreigner, beaches populated by swimmers in dress he considers immodest, and wine-tasting parties at luxury hotels“.

The question is, should UAE political Islamists attain their goals, how would they go about dealing with these issues? Will they seek an outright or partial alcohol ban, or perhaps a cap on foreign visas or stricter dress codes in public? Political Islamists across the region, including the UAE, purposely maintain a policy of ambiguity towards what their ultimate vision is for the country in order not to alienate any possible supporters or sympathisers.

The third and most influential actor in this equation is the UAE government which is largely made up of technocratic young ministers compared to its peers in the region. It has a strong chance of pre-empting any call for change so long as it does not remain stagnant and indifferent to the regional dynamic. From my conversation with UAE intellectuals and authorities I got the impression that one of the main reasons that political reform in the UAE is advancing at a steady (too steady for some) pace is due to the risk that political Islamists will take advantage of this empowerment and attempt to implement an agenda that could turn back the wheel of economic, social and academic progress that the UAE has achieved over the past four decades.

One non-Islamist Emirati commentator told me of how she took a last minute leap of faith and decided to include her name on a political reform petition that was sent by courier to the presidential palace last year. This individual found that her name was at the very top of the list of signatories even though she had only agreed to participate at the very end. The reason, she was told, was that the names were arranged in alphabetical order in Arabic. However, she remarked that it is “common practice by political Islamists to publicly advance non-Islamist names in their organisations”.

The logic is for these political Islamic movements to demonstrate that there is general societal consensus behind their demands. It is noteworthy that Egypt’s Muslim Brotherhood’s Freedom and Justice Party’s vice-chairman is Dr Rafiq Habib, a Coptic Christian. Many have noted that political Islamists in the UAE squandered a golden opportunity this spring when tensions erupted between the UAE and Egypt’s Muslim Brotherhood.

Nasser Al Shaikh, a UAE businessman and one of the most popular Twitter commentators then remarked: “The biggest loser from these events is the Islah [Islamist] movement in the UAE which has not issued a statement denouncing the threats of the [Egyptian Muslim] Brotherhood to the UAE thereby wasting a golden opportunity to distance suspicion from itself,” adding, “For our brothers in the Gulf to denounce these threats while Islah remains silent [is] shameful“.

Al Shaikh’s comments were retweeted scores of times and echoed the sentiments of UAE nationals I interacted with.

The origin of political Islamists in the UAE, as with the rest of the Gulf, dates back to Egyptian leader Jamal Abdul Nasser’s persecution of the Brotherhood in the 1950s and 60s when a significant number of them settled in the UAE, Saudi Arabia, Kuwait and Qatar.

A second wave of the Brotherhood, this time from Syria, later sought refuge in the UAE and the Gulf from the brutal Hafez Al Assad regime, especially after the notorious Hama massacre of 1982. These individuals attained various ranks in society, including in the education sector, which allowed them high degrees of influence in the community.

Likewise, in the subsequent decades, as both piety (a result of interacting with the Islamists) and wealth grew amongst Gulf businessmen, the latter reciprocated the favour and started financing political Islamist movements in the region and beyond. Today, the number of people that subscribe to political Islam in the UAE has been put at 600 members according to one official’s estimates. Many of these are active on social media, some with several thousand followers in the UAE and the region. Eighteen months after the Arab uprisings, these Islamist parties, through short-sightedness, have proven to be their own worst enemies. In Egypt, despite repeated assurances, they have tried to amass as many positions as possible, including the posts of president, prime minister, the upper and lower houses of parliament and the constitution drafting committee. In fact one senior Islamist figure declared that their vision includes making the sewage authority Islamic.

Moreover, a senior Gulf source told me that the reason his country and its allies were apprehensive about aiding the Syrian rebels further was due to the infiltration of the Syrian National Council by political Islamists.

Today, there is a genuine concern amongst UAE decision-makers that political Islamists are attempting to take advantage of the rise of Islamist parties across the Middle East in order to advance their own agendas. As elsewhere, these UAE political Islamists are allying themselves with liberals and non-liberals alike demanding reform as they plan for the post-reform period in which liberals would ultimately be sidelined. After all, liberals in the region have proven through their naivete to be the biggest losers from the Arab uprisings, igniting the revolutions only to see their influence dwindle in the post-uprising political scene due to their lack of organisation.

Moreover, while liberals, including academics, lawyers and businessmen would ideally always stand for the rights of others, including the freedom of expression, the same cannot be said for the conservative Islamists whose entire raison d’être is to rollback what they view as westernisation of Islamic societies.

The challenge with the political Islamists is that they are ideologically restricted through their interpretation of religion and to borrow from philosopher John Stuart Mills they “assume that their certainty is the same thing as absolute certainty”. Therefore, should they attain political influence their ideals inspired by “the word of God” are, unlike those of the liberals, neither malleable nor open to negotiation.

Gulf liberals are not without their faults, either. They have been accused of towing the government line and in some cases their credibility has been compromised. There is no doubt that the glass ceiling of criticism in the Gulf states is pretty low and because these liberals don’t always employ equal standards (for instance calling for certain rights anywhere but home) to their arguments they are left exposed. The movement that has swept most states in the region was initially built on social ideals that the political Islamists don’t necessarily subscribe to but joined under the understanding that “the end justifies the means”. Arab liberals have repeatedly entered into a “marriage of convenience” with the political Islamists without what the Americans call a prenuptial agreement that outlines the vision post political change.

Since it is unlikely that the free thinking UAE liberals will ever attain a level of societal organisation as the political Islamists who have taken advantage of religion, they will once again turn out to be the losing party in the equation.

If UAE liberals truly want to see reform at a faster pace they should consider disassociating themselves from the political Islamists. It is not good enough for them to start questioning the motives of the Islamists after the latter attain their goals.

Amongst the many lessons that I have learnt from the Egyptian liberals and leftists I have been meeting with over the past six months is a healthy dose of scepticism towards political Islamists of all forms. After all, there is no such thing as a merger; there is only a takeover.