Overload: Could Google+ Be Too Much, Too Late? 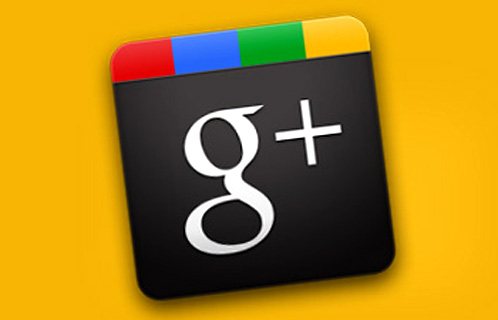 It’s like a helter skelter, this social media business. And there are times when you might just want to get off before your head explodes.

Google+ has finally pitched me into information overload. I’m dealing with too many streams of information and it’s becoming uncomfortable. I know I’m an unusually ‘connnected’ person: quite apart from the Twitter, Facebook, Blogger triangle, I handle reasonably large volumes of email and follow a lot of blogs and sites. I’m rarely truly offline. It’s one reason I find it funny when my bank tells me they tried to get in touch with me but couldn’t. I mean, there are people who actively try to avoid me and find it hard. It got so bad that when we returned from getting stuck under the Tikkipukkapokka, or whatever it was called, Icelandic ash cloud, I actually gave interviews to media amused that I had been caught offline in a totally analogue rural lighthouse.

Apart from the radio shows, conferences and other presentations and workshops I do, I’m also spending most of my days managing one aspect or another of online communications. Online stuff has come to dominate my working life as we have started to transition from ‘traditional’ public relations practice to integrate more and more online thinking into our communications work with clients. When you add stuff like GeekFest which, despite my best efforts to be UNinvolved still has created a regional network of Facebook and Twitter feeds with thousands of people behind them, you can start to appreciate how very, well, online things are.

And that’s been fine. I’ve been good with it. I’ve used a few wee tricks to help things glide along: I’m not a huge fan of Facebook, but the blog updates my Facebook page with every post so at least there’s the appearance of engagement. I rely quite heavily on NetVibes, an RSS reader which organises my many streams of information into nice, manageable tabs that let me dip into updates of what’s relevant when it suits me. Twitter has become a comfortable background habit, a sort of place you drop into on the way from a completed activity to a new one. (If you find me on Twitter at the weekend, chances are that Sarah’s trying on some new clothes in the shop.) And I have been quite selective about what ‘social media’ sites I use, so although I’m ‘on’ Quora, FourSquare and the like (you have to understand what makes them tick, at the very least, if you’re going to advise clients), I’m not active.

Strangely, most of my writer friends are on Facebook and fewer use Twitter. Another oddity is that people have started commenting on blogposts on Twitter rather than using Blogger’s comments feature. It’s always fascinating to see the shifting dynamics of different networks and their interactions, a little like the iridescence of oil on water.

But Google+ has presented me with a dilemma. Do I stay or do I go? It’s yet another social network, it’s becoming more demanding as more people have joined up and started to poke around, exploring what the new room looks like. It extends the powerful sharing capabilities of Twitter, allowing longer posts than 140 characters along with link sharing, but brings the powerful ‘circles’ feature to bear. Circles are like Facebook’s ‘Lists’, but are more siloed – you share easily with only the circles you want to share with.

It’s very similar indeed to Facebook, in fact, but it’s a lot faster – perhaps a result of the fact that it’s still dominated by ‘early adopters’ and therefore a geekier, more aggressively ‘sharey’ crowd.. I was asked what Google+ was like yesterday and I replied “More Facebook than Twitter but more Twitter than Facebook”. If that doesn’t seem helpful, well, I don’t know.

Google+ is disruptive. It’s Facebook at near-Twitterspeed. I’m finding I have to consciously decide whether to share information on Twitter or Google+ and frequently wondering why I’m sharing at all and just don’t bother. The world, as a consequence, has not ended. Life has gone on. The one decision I have not had to make is whether to share on Facebook, because I never really considered it a sharing platform in the same way as Twitter, for instance. and yet Google+ is just that – it makes it very easy to share links, pictures and thoughts. It combines some of the learnings from Buzz and Wave and makes crowdsourcing and conversation easy. But the wide-ranging topics and speed of updates are slightly scary and very distracting. Even Google has been caught out with the volumes – they had issues with their notification management servers as a result of demand spikes from Google+.

A TweetDeck for Google+ may be the answer, a Circle Manager. It might be that we evolve better techniques to manage circles based on topics and content flows rather than relationships.

But right now, Google+ is a time-suck and I’m having to consciously invest in it as everyone tries to figure it out. I suppose the great difference is I’m still there looking around – with Wave and Buzz, I was out of there within 48 hours. This time it’s more sticky.

The jury’s still out, but I’m beginning to see how Google+ could well do what Orkut failed to do. But something’s got to give somewhere – we’re fast approaching the point where I cannot see how people could maintain yet another platform. I reckon two’s company, but three’s a crowd.

Anyone else out there reached a limit?

One Response to Overload: Could Google+ Be Too Much, Too Late?