Saudis Will Resist Women Drivers, Legal or Not 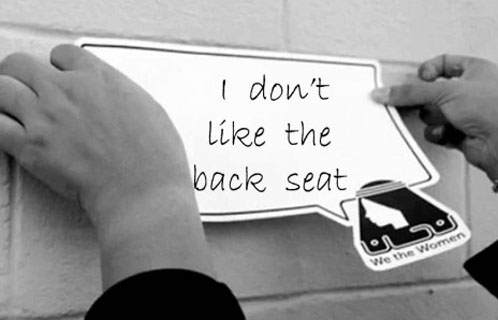 There is news that women in Saudi Arabia might be getting permission to drive soon.

A petition signed by 128 people has been lodged with the country’s consultative council, the Sharia Council. Sheik Abdullah Bin Mohammad Al Shaikh, the council chairman, is set to discuss the proposal, according to Gulf news.

However, one of the signatories to the petition, a Saudi journalist, Jamal Banoun said:  “It is strange that the Shoura Council has not received our petition. The matter could not have been hidden from the council as it has been reported in the media. I do not find an explanation to this strange situation except that the council desires to distance itself from the petition’s subject matter.”

According to the Chairman of the Human Rights and Petitions Committee at the Shoura Council, Ibrahim Al-Shuddi, his committee has so far not received any petition on the issue. He added that the petition could have reached the council’s chairman and, if so, he will forward it to the committee in a few days. The petition mentions the fact that many Saudi women have already acquired international driving licenses and drive when abroad.

There can be no justification for not allowing them to drive in their own country.

Also, Bedouin women in the remoter areas of Saudi Arabia drive cars and trucks and have always done so.

The petitioners suggest “prison terms” and “high fines” to be instituted for any males who harass or annoy women as they drive.

That last bit is not unimportant: at this moment Saudi men will follow and harass any woman driving a car.

Some daring women dress up as men in order to drive their cars, for not only will women who drive be arrested, but they will be unmercifully hounded down and their lives endangered by Saudi men.

How a group of Saudi men can hunt down and harass a woman they consider fair game with no regard for her health or even her life, was seen on a you tube video last year. It showed what happened when an unfortunate woman was spotted driving a quad in the desert.

In an effort to find out for himself how Saudi men would react to a woman driving a male journalist, Saad Al Salim, decided to don the abaya and niqab (face veil) and drive his car through the streets of Riyadh. And although he considered himself lucky not to be arrested by the police or the dreaded Commission for the Promotion of Virtue and the Prevention of Vice, at the end of his three day experiment he found it a “bitter experience”.

In his own words:

“I was not caught but it was a bitter experience from the beginning… as I started driving, my car came under attack by rocks and sharp objects,” he said. “These attacks did not stop as I drove from one area to another…at the end, I decided to take the gown off and drive back to office.”

On the second day he was harassed again:

“Seconds after I drove into the famous Tahlia street, many young men gathered around my car and started to harass me…some of them uttered obscene words and this prompted me to take the gown off immediately, causing a shock to the passers-by and the male drivers, who then pulled away peacefully.”

On the third day he drove his car outside the city, but was tailed by other cars immediately.

“I pushed down the accelerator but they kept tailing me and it was becoming more challenging and exciting…it was clear that all of them were determined to catch up with my car and know who I am,” Salim said.

In the end, I could not go on as the situation was becoming dangerous…so I took off my gown and waved for the drivers who suddenly stopped waving for me and put away their mobile phones which they were using to take a shot of me… After what happened on the third day, I decided to stop wearing a female gown and drive in the streets…I just wanted to test public reaction to seeing women drive a car and how the society will accept this…I think what happened during these three days sums up the situation clearly.”

So the male journalist couldn’t manage to keep on his female disguise for one day, every one of the three days he tried driving as a woman he was forced to abandon his abaya and niqab within a short time.

And he gave up trying anymore after three days!

In the light of this journalist’s experience of the reactions of Saudi men towards a woman behind the wheel, is it probable that women can drive in Saudi Arabia? Even if the authorities would allow it?

2 Responses to Saudis Will Resist Women Drivers, Legal or Not