Emirati Ways: Why Old Must Give Way to New 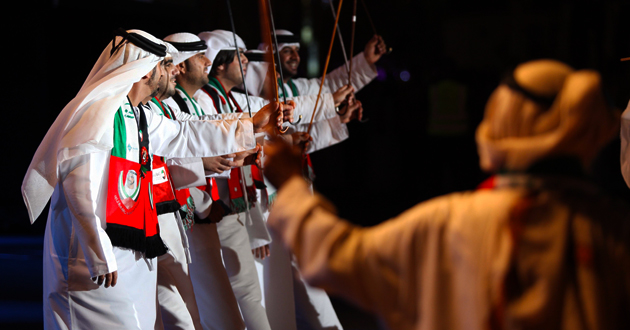 One of the biggest challenges facing Gulf societies is how to move from the more personal style of government of previous generations to a more institutional style that the next generations will require. It is no longer possible for government to manage hundreds of thousands of people (or even millions) in the same way that hundreds or maybe thousands were managed in the past.

This challenge has been broadly recognised by everyone, but it still very easy for a young Emirati to enter the workforce and find that the role of his or her chosen profession is not yet accepted. For example: a young Emirati lawyer might be preparing a brief to fight a case, and her uncle might say “I will give so and so a call” and suddenly the case is solved.

Despite achieving a solution, the dignity of the young lawyer’s professional skills have been impugned, and she will have to fight harder next time to insist on doing things the right way.

The scale of this generational gap is hard to grasp, but it can be illustrated by looking at what education and social experience was available to different ages of Emiratis. The average Emirati 80-year old was born around 1930, and in the late 1930s and early 1940s he would have been taught basic reading and writing in the mosque schools, although a very few would have got a slightly wider education in one of the two or three primary schools in the country. Secondary education was only available for those who went abroad to Bahrain, Kuwait, Yemen, or maybe India.

The average Emirati 60-year old would have been born in 1950, and got his primary and secondary education in the UAE the late 1950s and early 1960s. By then, further education was becoming more common, but would have probably been in language or technical colleges in Britain or the USA. This generation was more technically aware than their parents, but still benefited from a university experience.

The average Emirati 40-year old born in 1970 had a completely different experience. He, along with many women for the first time, was educated in the new UAE where primary and secondary schools had improved enough to get them into universities in the 1980s either abroad or in the UAE as they became available.

This generation would have taken its place in the workforce in the 1990s, confident and willing to try out their new skills, but fighting a deep lack of professional awareness in their predecessors.

The most recent generation are the 20-year old Emiratis, born in 1990, who have taken primary and secondary schooling for granted (unlike their forebears) and most of these men and women will have gone to one of the many universities in the UAE, or to the best universities abroad. Through the internet and social media, they have an intimate awareness of the global community of which they consider themselves to be part, and they are ready to use their skills in the professions and careers that they chose.

The differences created by these four very different educational experiences combine with the population explosion of Emiratis over the past five decades, to make a very different society. Today’s 80-year old Emirati grew up in a community where everyone knew everyone, and the rulers and the people intermingled as was natural in communities of a few thousand people. This was very different from the larger communities in which the 60-year-old and the 40-year-old started their lives, as hundreds of thousands of expatriates started to flood into the UAE.

And this is different again from the UAE of the 2010s in which the two million UAE nationals share their country with six million expatriates. The old style of majlis rule cannot cope with this scale of numbers, despite its undoubted previous success and despite remaining an integral part of Emirati culture.

The UAE’s first challenge has been to develop the skills and transparency which allow the institutionalisation of government services, rather than relying on personal contacts.

It also means educating and training enough Emiratis so that the government services like the civil service, courts, hospitals or schools, are all staffed by willing professionals, working to a higher social ethic.

The UAE’s second challenge is to bring all the population to accept this new system which is much less personal. The older generation will not want to endure the de-personalised relationship with the government, and will still want to make that quick call to achieve a result.

But this lingering adherence to the old ways damages the acceptance of a new professional institutional attitude. It is also obvious that what might be an old-style adherence to a more personal style of government could also be mis-used for personal gain.

Bridging such a huge gap of understanding has to be a slow and frustrating process to both the more traditional elders and the young technocrats. But the introduction of electronic government has speeded up more institutional access to government services.

There is very little personal about going to a website to apply for a grant or get a visa registered, especially when compared to the old style of meeting which included coffee and conversation.

This article is published with kind permission of Francis Matthew. It was first published on Middle East daily newspaper, Gulf News.

One Response to Emirati Ways: Why Old Must Give Way to New