Education: The Battle Ground of and for The Future 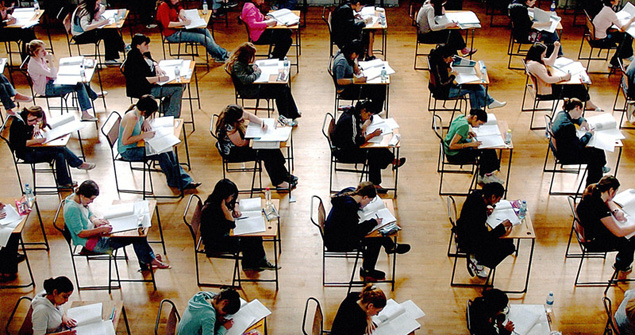 As the academic year gets underway, and parents gather for school pickup or drop off, and college students settle into their new courses, it is not always obvious how these evens at such a micro level are vital for the future of the UAE and region at large.

The Gulf states need a population which is educated to take its proper place in the global economy, and to take part in multinational endeavours to help run the world. Although there has already been one Arab UN secretary-general, the Gulf should be ready to provide men and women able to join in the vast range of political, cultural and technical organisations that make up the nuts and bolts of how we manage our globally inter-connected world.

But Gulf nationals contributing to the outside world is not the whole story, even if it can act as one benchmark of their ability. The GCC states have been remarkable over the past 40 years as they have quietly gone about their business of internal development. They all started from a very simple level of development, and have used the riches of their oil bonanza to transform themselves into modern nation states, aspiring to work to the highest levels possible.

The physical infrastructure has been built very quickly, but the people who use these facilities have to mature in their own time. All the Gulf states started from very small populations of 1970s, when access to education was spotty, and its quality was very variable, even if a lot more developed than the reading-and-writing schooling out of the mosques in the previous generations.

The small number of Gulf nationals alive in those days, means that today there is a serious shortage of over-35s who are able to handle the huge array of jobs required by a modern state. In the future, the large number of Gulf nationals working through their schooling and college years will offer the country a local resource to take up some of those jobs.

However, the educational system that was put together in a hurry in the heady days of post independence in the 1970s is not up the standard that the 21st century requires. The government schools offer far too much learning by rote and simple accumulation of facts, and fail to encourage thinking for oneself and developing initiative.

This is where important improvements have already started. Examples include Abu Dhabi with its new Model Schools programme; and Dubai’s Knowledge and Human Development Authority is several years into its programme of regular school inspections. Even if there is some initial controversy about the quality of the inspections, that is a start-up issue and overall the intention has been effective, which is to improve the quality of schooling on offer.

Good education is not something that a country or government can avoid. It is essential for the long term prosperity of the country that the government embraces quality teaching, and the parents and pupils value what is on offer.

A few years ago a former Minister of Education from Bahrain described the problems he faces when driving through an upgrade in Bahrain’s school curriculums. He found it straightforward to get advice on how to change the curriculum since that was internationally available, but he had initial difficulties with head teachers, who resisted the new ideas as frightening and also damaging to their authority.

He had to work hard to train teachers to stop thinking of teaching as the inculcation of lists of facts, and to value the ability to think through a problem. He even managed to convince the students that this was the right way to go (or at least the majority of them) but he reported that he failed to convinced the parents that the new ideas had any value.

Under the old system, young men and women could go home each day and happily recite the 20 facts they had added to their store of information, and the parents could hear a solid return on their children’s time spent and were happy. But under the new system there were no facts, and only confused reports about having to ‘think’.

This did not go down well and the parent body had little understanding of what the schools were trying to achieve, since the parents own education (if any) would have been in the 1940s and 1950s, and been relatively basic.

A few decades later than those events, the situation in the UAE today is not so drastic, as the parent body is more aware, and the government has spoken out strongly in favour of the changes. But all this change has to happen at generational speed. The government may see the need to go as quickly as possible, but it takes time to permeate into the further reaches of all UAE society. The important thing is that at least it is happening, and it is a major strategic advantage for the UAE.