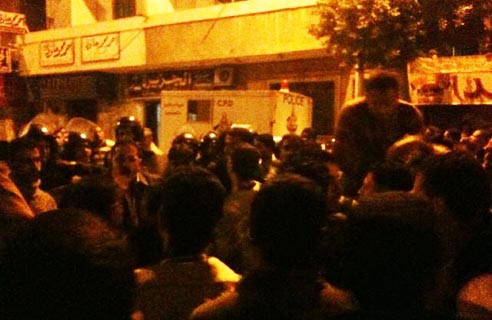 I do not want to start the new year with bad news like this but just from an hour ago a huge explosion was heard in Miami area and according to early media report it was an explosion that took place in front of the All saints church at the Khalil Hamda street.

According to eye witnesses the explosion sound was big , there were casualties , the ambulances were heard in Miami coming and going in a fearful sound in the first hour of the year. Some early reports speak about car bomb.

There are group of angry Christians according to eye witnesses heading to the area but there is a huge security siege in the area.

This is not how the new year should start.