‘Arab Solidarity with Palestine’: In Name Only? 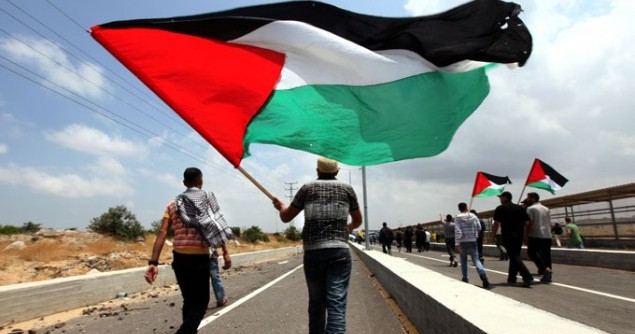 Will the Arab Spring serve the cause of Palestine?’ is a question that has been repeatedly asked, in various ways, over the last year and a half. Many media discussions have been formulated around this very inquiry, although the answer is far from a simple “yes” or “no.”

Why should the question be asked in the first place? Hasn’t the Arab link to the Palestinian struggle been consistently strong, regardless of the prevalent form of government in any single Arab country? Rhetorically, at least, the Arab bond to Palestine remained incessantly strong at every significant historical turn.

True, disparity between rhetoric and reality are as old as the Arab-Israeli conflict. But the relatively small divide between words and actions widened enormously following the Arab defeat in the 1967 war, which cemented US-Israeli ties like never before.

The war brought an end to the dilemma of independent Palestinian action. It shifted the focus to the West Bank and Gaza, and allowed the still dominant Fatah party to fortify its position in light of Arab defeat and subsequent division.

The division was highlighted most starkly in the August 1967 Khartoum summit in Sudan, where Arab leaders clashed over priorities and definitions. Should Israel’s territorial gains redefine the status quo? Should Arabs focus on returning to a pre-1948 or pre-1967 situation?

The PLO insisted that the 1967 defeat should not compromise the integrity of the struggle. It also stressed that Palestine – all of Palestine – was still the pressing issue. Then-Egyptian President Jamal Abdel Nasser’s messages seemed, for once, befuddled, although he continued to advocate conventional military confrontation with Israel. Syria, on the other hand, didn’t attend the summit.

International response to the war was not promising either. The United Nations Security Council adopted resolution 242 on Nov. 22, 1967, reflecting the US’ wish to capitalize on the new status quo (Israeli withdrawal “from occupied territories” in exchange for normalization with Israel). The new language of the immediate post-1967 period alarmed Palestinians, who realized that any future political settlement was likely to ignore the situation that had existed prior to the war, and would only attempt to remedy current grievances. Then, the boundaries of the conflict permanently changed. For some, Palestine and its conflict became more of a burden than a shared responsibility. Official Arab solidarity with Palestinians become a form of everyday politics – essential to claim relevance to greater Arab causes, but extraneous in terms of substance and application.

Present-day Palestinian leaderships – since there are several bodies that claim to represent Palestinians “everywhere” – also learned how to stage-manage official Arab manipulation of Palestine. They often did so out of desperation, as they urgently needed a physical base and sources of financial support.

Over time, it became clear that official Arab solidarity with Palestine was mostly – although not entirely – a farce. The solidarity they speak of is either entirely nonexistent, or grossly misrepresented. Palestinian communities in various Arab countries are treated with suspicion at best. Those who never tired of publicly calling for freedom for Jerusalem failed to treat Palestinian refugees with respect. They refused entry to stateless Palestinians and denied Palestinians work and permanent residence. Many Palestinians surely concluded that one must learn to differentiate between Arab peoples and Arab governments. Since the latter mostly dominate the former without legitimate mandate, it was foolish to expect official Arab institutions to lead any substantive action to end the subjugation of Palestinians.

That is, until several Arab nations revolted. The more genuine and inclusive the revolt, the more representative the outcome has been. A sudden surge in popular solidarity with Palestine in Tunisia replaced bashful but real attempts by the former Tunisian regime to normalize relations with Israel.

Per Israeli calculations, Arab peoples are dismissible. They are a non-entity. But now Israel is forced to revisit that old calculation. Its fears that Egypt’s new president, Muhammad Mursi will shun, or at least revisit the Camp David peace treaty – signed between Egypt and Israel in 1979, with the ultimate aim of sidelining Egypt from a conflict that remains essentially “Arab” – are well-founded. But Mursi is not the one that is truly feared, and nor is his Muslim Brotherhood. The trepidation stems from the fact that a truly democratic Egypt is unlikely to work in tandem with US-Israel to further pressure and isolate Palestinians – or sideline Egypt from its Arab context. Israel and its allies fear genuine Egyptian democracy.

With the notable shifts that may redefine Palestine’s position within Arab priorities, one cannot ignore the fact that several Arab countries continue to normalize with Israel, oblivious to any seasonable political changes in the region. They do so as if there are hidden hands that wish to balance the possible losses in Tunisia and Egypt, with gains elsewhere. Palestinians in Gaza, as elsewhere, still speak of Arab solidarity with passion, but also with obvious bitterness. They still pray for their brethren to come to the rescue. The older generation speaks of the bravery and sacrifices of many Arabs who fought alongside Palestinians. But the generational expectations have also been altered. Palestinians simply want real solidarity. They want to see Palestinian communities treated with respect and a complete end to Arab normalization with Israel.

One Response to ‘Arab Solidarity with Palestine’: In Name Only?