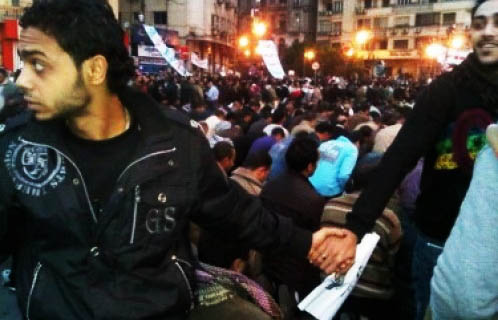 The past few weeks in the Middle East, traumatic as they have been for many, have not been without examples of two qualities that abound in the Arab world – determination and generosity of spirit.

The recent Jeddah floods have caused much havoc –  far more than the previous event in 2009, about which I commented at the time in a piece called Saudi Arabia’s Katrina. In the big scheme of things, the disaster in Jeddah was dwarfed by similar events in Australia, Brazil and last year, Pakistan, but was no less harrowing for those caught up in it.

It’s heartbreaking to see the human suffering caused by all of these events. But for me, watching streets where you have walked, shopped and driven for a decade turned into rivers of muddy excrement brings a special horror to the spectacle. Far more if you happen to be one of the victims. There will be few as articulate as Roger Harrison, the journalist who wrote a moving article, Rain destroyed my 11 years, in yesterday’s Arab News.

In the article, he laments the loss of irreplaceable  personal mementos, celebrates the humanity of strangers who overcame religious inhibitions to rescue his wife, and the kindness of  friends and acquaintances who pulled together to help him clear up the mess. And finally, he lists with cold anger the acts and omissions that led to the disaster. A powerful story.

Then there’s a story about the floods from the BBC. In Brief encounters for young Saudis in Jeddah relief effort, Priya Kaur-Jones describes how young Saudi men and women are working side by side to deliver relief to thousands made homeless in the floods. The main point of the article was to show how the youngsters are defying conservative social norms in fulfilment of what they see as a higher moral imperative. There will no doubt be repercussions from the story. But it’s just another illustration that in extremis, there are those who will always be willing to put the greater good before religious practice or traditional culture.

Another example of idealistic spirit in the region is the Mount Kilimanjaro climb that a friend is helping to organise – so far the climbers have raised $360,000 for the  Palestine Children’s Relief Fund. Should you wish to sponsor them, go to http://www.firstgiving.com/pcrfkiliclimb.

And finally, of course, there’s Tahrir Square, where the volunteer spirit has transcended religious, social and economic divides in a way that will change forever the lives of many of those involved

So while many in the West frame their views of the Middle East in the context of stock negatives – fanaticism, greed, violence, brutal dictatorships and social customs that meet their disapproval – they should also open their eyes to the generosity and selflessness that we Westerners who live in the region see around us every day.

That’s the big picture, and it’s a hopeful one.