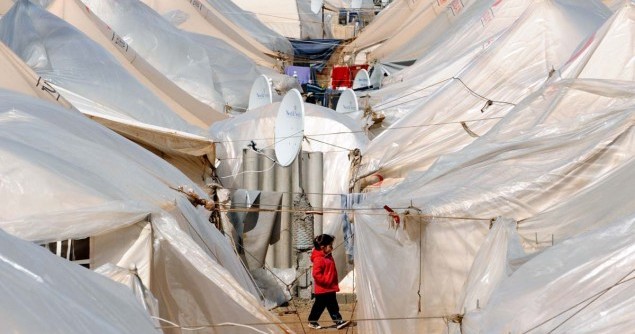 1. The end of any potential ‘two state solution’ to the Israeli-Palestinian conflict. Israel’s far right wing Likud government, headed by Binyamin Netanyahu, built or committed to build thousands of new family domiciles for Israeli squatters in Palestinian territory. In the absence of a Palestinian state, Palestinians are doomed to statelessness and a lack of basic human rights, living under Israeli military occupation. The only other possibility, given that they live on territory unilaterally annexed by Israel, is for them ultimately to gain Israeli citizenship. In the meantime, Israel’s treatment of the occupied Palestinians looks even worse than Apartheid or racial segregation and systematic discrimination in South Africa before 1990.

Israeli Apartheid is likely to result in the country being sanctioned and boycotted by the international community. Meanwhile, with Israeli parliamentary elections looming early in 2013, Prime Minister Netanyahu launched a brief Gaza war in November, so as to burnish his credentials as a hawk and gain popularity. He found, however, that he was boxed in by the Obama administration and the new Muslim Brotherhood president, Muhammad Morsi, in Egypt. Netanyahu, much weakened in the Middle East, had to stand down from Gaza with few tangible achievements. Does this failure signal a weakening of Israel diplomatically in the wake of the Arab upheavals of the past two years?

3. Egypt moved decisively from military to civilian rule. For the first time in its history, Egypt elected its president, Muhammad Morsi of the Muslim Brotherhood.(There had been indirectly elected prime ministers in the Liberal Age, 1922-1952). Since the young officers coup of July, 1952, Egypt’s president had come from the upper ranks of the officer corps. As 2012 opened, the 23-member Supreme Council of the Armed Forces (SCAF) was the de facto executive of the country, which had appointed the prime minister and approved his cabinet. In June 2012, the supreme administrative court dissolved the parliament that had been elected late in 2011, and SCAF promptly declared itself the interim national legislature, attempting to limit the powers of the incoming elected president, Muhammad Morsi of the Muslim Brotherhood. Morsi gradually made senior officers retire and got an agreement from the junior generals that he promoted that they would return to the barracks.

On August 15, Morsi abrogated the SCAF decree on the legislature. By the crisis of the referendum on the constitution from November 22 until December 22, the military had been effectively sidelined or turned into an instrument of the Muslim Brotherhood president. Egypt has many problems, including the question of whether the Muslim Brotherhood really respects individual human rights. But it is indisputable that the country’s basis for legitimate government has become free and fair parliamentary elections. Meanwhile, Egypt moved decisively toward Muslim fundamentalist governance, with the passing in December of a new constitution, crafted in large part by supporters of political Islam.

4. The ruling Baath regime in Syria, over the course of 2012, lost more and more territory to the revolutionaries. They lost control of the border crossings to Iraq and Turkey. They lost much of Aleppo, the country’s second city. Then in November and December, the revolutionaries began taking military bases in the north and looting them for medium weaponry. The regime still controls substantial territory, and some smaller cities, such as Homs. But its losses in 2012 have been highly significant, raising the question of how much longer the regime can survive.

In the meantime, Syria refugees in Turkey, Syria and Lebanon mushroomed in number and they faced severe difficulties in their often unsanitary and inadequate tent cities. In Syria, as in Bahrain and Yemen, sectarian considerations began to enter into the movements against authoritarian governance. The Alawi Shiite minority dominates the Baath Party in Syria, and Sunni fundamentalists have targeted that group (and vice versa). The government is supported by Shiite Iran, the rebels by Wahhabi Qatar and Saudi Arabia. If the Damascus government falls, Iran will be weakened, as will its ally, Hizbullah of Lebanon.

5. Libya held a series of municipal elections in spring of 2012, then in July held successful parliamentary elections. After the first prime minister to come from the parliament proved unable to please the elected delegates in parliament, they removed him and put in a second prime minister. Despite the series of violent incidents in Benghazi, the second-largest city, Libya’s transition from the quirky dictatorship of Muammar Qaddafi to elective government has been anything but smooth, but such a transition is certainly taking place. Political Islam fared poorly in Libyan elections, where nationalists took center stage for the most part, since people are suspicious of ideologies after four decades of Qaddafi.

6. Angry members of a small fundamentalist terrorism group attacked the US ad hoc consulate on September 11, killing the ambassador, Christ Stevens, and 3 other Americans. In late December fighting broke out between the state and fundamentalists in Benghazi, leaving several policemen dead and many hard line demonstrators or attackers jailed.

7. In revolutionary Tunisia, 2012 saw a political struggle between the small but violent minority of Salafis or hard line fundamentalists, and, well, everybody else. Salafi attacks on unveiled women provoked a huge anti-Salafi rally in the capital, Tunis. In summer, some Salafis attacked an art exhibit in tony LaMarsa. In September, Salafis of a more al-Qaeda mindset set fire to the parking lot of the American embassy and looted some of its offices. The leader of the movement for political Islam in Tunisia, the al-Nahda Party’s Rashid Ghanoushi, was caught on tape warning the Salafis that if they continued to be so provocative, they risked instigating a civil war like that in Algeria (where some 150,000 Algerians died in a struggle between secularists and Muslim fundamentalists in 1991-2002).

8. The US Congress’s National Defense Authorization Act contained an anti-Iran provision that went into effect July 1. It requires the US government to strong-arm the countries still purchasing Iranian oil to stop buying it. The boycott cut Iran’s oil sales in half in 2012 (though 2011 was a particularly lucrative year for the regime). At the same time, Saudi Arabia flooded the market by pumping extra petroleum, keeping the prices from rising astronomically. This economic blockade of Iran’s petroleum is unlikely to change the regime or its behavior, but it will likely kill the Iranian reform movement. And it could be a path for rising tensions and war between Iran and the United States.

9. The beginning of the end of the Afghanistan War, America’s longest: The Obama administration withdrew the 30,000 extra troops from Afghanistan it had sent in as part of the troop escalation or “surge.” That counter-insurgency strategy appears largely to have failed, and its author, Gen. David Petraeus, fell victim to a Washington scandal. The remaining some 66,000 US troops will be withdrawn over the next two years.

10. Bahrain’s government continued to face demonstrations and political unrest as the majority Shiite community campaigns for a more equitable constitution. The US was forced to reduce the number of navy and other military personnel stationed in Manama. The hard line Sunni monarchy accuses its Arab Shiites of being cat’s paws of Iran, but this is a red herring. The regime has resorted to the most despicable arbitrary arrests, absurd charges, punishments for thought crimes, and torture. The US has not done enough to condemn this situation or dissociate itself from the monarchy.