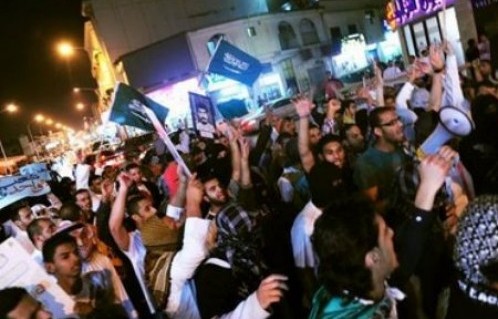 Mshari Al-Zaydi offers his opinion on the outbreak of violence that took place in Al-Awamiyah, near Qatif last week. In his Asharq Alawsat column, he stresses that this was not a sectarian issue per se, other than that Iran, as a Shi’a power, was messing around with the existing Sunni-Shi’a tensions already existing in Saudi Arabia. The cause? In Al-Zaydi’s view – and I think he’s right – it’s that Iran and its surrogate Syria see the Kingdom as one of the major forces behind the revolt taking place in Syria.

The biggest mistake we could make when looking at the unrest in al-Awamiyah, is to exclusively view what took place through a sectarian lens. The story is far more complex than that!

For those who did not follow the story, a group of people living in al-Awamiyah, close to the al-Qatif region in Saudi Arabia’s Eastern Province – which is a Shiite majority area – clashed with Saudi security forces last week. In what represents a rare occurrence in Saudi Arabia, some members of this group threw Molotov cocktails and opened fire on a police station, injuring 11 security officers and three bystanders. The attackers were reported to have chanted revolutionary slogans.

For its part, the Saudi Interior Ministry took the rare step of issuing a statement explaining precisely what had happened, and warning that Riyadh would not tolerate any transgression of Saudi security and stability. The statement also claimed that the attackers were acting on behalf of a “foreign country”, meaning Iran.

Those who sympathized with the al-Awamiyah attackers, or attempted to play down what happened, justified this by claiming that Saudi Arabia’s Shiites face arrest or detention or sectarian discrimination. Indeed, discussions soon moved away from the actual incident to the issue of sectarianism and legal rights.

As I have said above, by becoming involved in such arguments, we fall into a theoretical black hole.