Time for Re-Think on Tourism in Saudi Arabia? 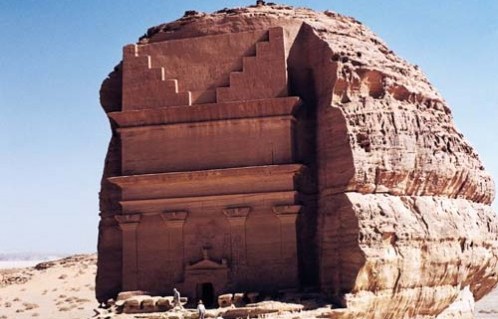 “My Kingdom will survive only insofar as it remains a country difficult to access, where the foreigner will have no other aim, with his task fulfilled, but to get out.” – King Abdul Aziz bin Saud, c. 1930

Not exactly the most welcoming words coming from the ruler of a country that is said to be home to one of the most hospitable people in the world. Perhaps the Saudi officials have taken the late King’s words too literally when it comes to accommodating international visitors to Saudi-Arabia.

Currently most of the tourism to Saudi-Arabia is religious and business related. International tourists are kept away from Saudi by imposing numerous limitations on travelers. Saudi-Arabia has great potential for the international tourism market however the industry still remains predominantly under-developed.

Why does Saudi-Arabia need international tourists?

There would be many benefits of having more international travelers visiting the Kingdom:

So what keeps international travelers from coming to the Kingdom? The biggest obstacle for tourists interested in travelling to the Kingdom is the difficulty to obtain tourist visas. A Saudi sponsor is required to start the visa application process. In other words lots of paperwork and time which people are not always willing to invest in when planning recreational travel.

Currently there are only five companies licensed to sponsor tourism visas. They are issued to certain nationalities only and tourists must arrive in groups of a minimum of four persons. Women must be over 30 or be accompanied by a male relative. Upon arrival the tourists have to be picked up by the tour company representative and they must make sure all the tourists leave the country too. While in the country the tourists are supposed to stay on guided tours and the tour company is responsible for their supervision. Any “lost” tourists must be reported immediately to police.

Here is a full list of restrictions that apply to foreign travelers: http://www.jawlahtours.com/travel-visa.aspx

Another obstacle the tourism industry faces is Saudi-Arabia’s bleak image of being a mere sand-pit. Travelers are simply not aware of the rich cultural heritage the Kingdom could offer. Saudi-Arabia boasts incredibly diverse scenery, colorful culture and pristine nature.

There are places of interest that match many international destinations but the ones in Saudi are not ruined by mass tourism. Some sites can still be explored without disturbance from a single other tourist group

Many women feel intimidated by the rules and restrictions that apply to them in the Kingdom. They might feel they are not welcome and expect the experience of being a woman in Saudi-Arabia will be mostly negative. Female travelers are usually anxious about what to wear and stress about having to keep the abaya on at all times. The western media paints a very negative image of the treatment of women in the Kingdom which can be off-putting for both the female and male traveler.

The Saudi Commission for Tourism and Antiquities, SCTA (founded in 2000) aims to establish a thriving tourism industry within a time frame of 20 years. SCTA states that its mission is to promote the Kingdom as a tourism destination. The mission according to their website: “the Kingdom of Saudi Arabia, as the land of Islam, seeks for variable and distinguished tourism development, with social, cultural, environmental and economic benefits in the framework of its Islamic values and genuine traditional hospitality“.

The Commission has launched many ongoing projects aiming to improve the tourism industry. Time will tell if they reach their goals, but with the majority of the potential foreign travelers warded off by unattractive images, strict regulations and discouraging rules, perhaps the Commission should concentrate on getting the visitor into the country in the first place.

At the moment most of the sites will remain accessible to foreigners of the expat community only.

The late King might be surprised that if given the chance to visit the Kingdom, the foreigner would in fact leave with a smile on his face. The amazing experiences he had and the great hospitality shown to him would spread warm stories of the Saudis and Muslims around the world. His Kingdom and its people would be enriched by the experience and would not only survive, but also thrive.

Why are foreigners not shown the genuine traditional hospitality and welcomed with open arms and doors?