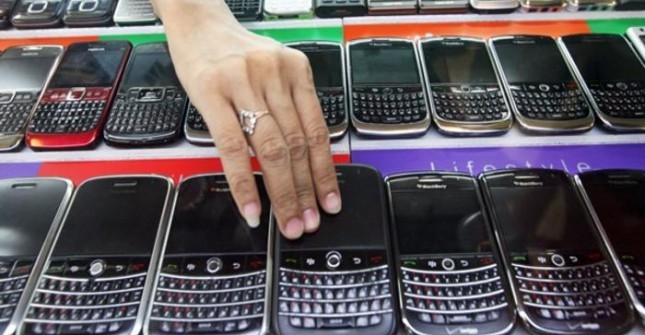 Three controversial issues seem to have converged yesterday in a single news story from Saudi Arabia.

The Arab News reported that a number of Indian nationals were arrested for running an illegal Voice-Over-Internet (VoIP) business in the Kingdom’s second city, Jeddah:

“This comes just over a week after the Communications and Information Technology Commission (CITC) banned the Voice over Internet Protocol (VoIP) firm Viber in the country. Reports stated that the ban was because the three telecom operators — STC, Zain and Mobily — were losing millions in revenue.

The CITC has also stated that it may take action against other Internet companies offering free or cheap voice, text and audio messaging on the Internet, including Skype and Tango.

The telecom providers and Internet service providers are believed to be using VoIP blocking software to protect their revenues by preventing Internet-based VoIP traffic from running on their networks.

There are no specific regulations over the use of VoIP software in Saudi Arabia and this gray area has led to confusion. According to the VoIP regulatory framework, set by the CITC, all telecom operators can offer Internet telephony services in Saudi Arabia, but none of them does so.

However, the regulations state that it is forbidden to use unauthorized methods to make phone calls. Saudi Arabia is one of two countries in the Gulf region that have tolerated a VoIP culture, while other countries have dealt severely with offenders.

The majority of expatriates from India, Bangladesh, the Philippines, Nepal, Sri Lanka and Pakistan, use the Internet to talk to their families and friends back home using the software on their smart phones or computers. Many are not even aware that it is illegal. They have almost abandoned calling through the local telecom operators.

Because of the cheap and illegal VoIP calls to Asian countries, Saudi telecom companies often offer special discounts, sometimes reducing overseas calls by 50 percent, at 55 halalas a minute, to most of these countries.”

Ho hum. So Zain, Mobily and Saudi Telecom use software to prevent the use of VoIP applications. That’s news to me and zillions of others, who have happily been using Skype from the Kingdom for many years. And there are no specific regulations over the use of VoIP, yet it is “forbidden to use unauthorised methods to make phone calls”. Something does not compute, unless you take the view that anything that is not specifically authorised must be illegal. I can think of a lot of activities that might be caught under that criterion.

The piece suggests that the prohibition of Viber is specifically about money – in other words, the Government is seeking to protect the three major telecom operators in the country. I wonder what the World Trade Organisation – of which Saudi Arabia is a member – would have to say about that? The WTO frowns on protectionism, and while I’m sure that the Kingdom is not breaching its obligations to the WTO, helping its telecom operators shore up revenues at the expense of VoIP providers might appear to some onlookers as being against the spirit of free competition.

After all, in the West, operators have long been faced with the threat of VoIP. Companies like British Telecom have changed their business models to face the threat to their traditional revenues. BT has invested in upgrading its network to provide higher internet bandwidth, and has diversified into broadcasting and teleconferencing. At home in the UK, I have faster internet than ever before, and happily Skype around the world.

On the other hand, Saudi operators, as the Arab News pointed out, do not provide VoIP services. It might seem that that they have failed to adapt their business models, know it, and are hurting. For example, Zain, the third major player, has recently agreed to a substantial loan package following the Government’s deferral of $1.5 billion in licence payments over the next six years.

So money is the first issue.

The second is social control. A reason frequently cited in the Saudi media for moves against VoIP operators like Skype is that their encryption software makes it very difficult for governments to monitor message and voice traffic. The Saudis are concerned that extremists make use of these tools precisely because they are difficult to monitor. Recent cyber-attacks against Saudi Aramco, the national oil company, have not helped their nerves.

Also the good humour of the authorities will not have been enhanced by the statement from Talman Marco, the CEO of Viber, who told the Arab News that “We will not rest until the service has been restored in Saudi Arabia,” adding that “We are developing technology that will circumvent this block. It will be rolled out in phases. We hope to have the first step in a couple of weeks.” Not exactly the kind of discreet negotiation favoured in the Kingdom.

The final issue is the desire by the Ministry of Labour to stamp out businesses illegally owned and operated by foreigners. Recent clamp-downs against foreigners operating under the sponsorship of Saudi nationals who act as sleeping partners, but effectively owning the business themselves, have resulted in the potential closure of many small businesses. Combined with an initiative to regularise the status of thousands of foreign nationals who are working legally, yet not in the roles specified in their work permits, the move against illegal business operators has caused much anxiety in the labour market and resulted in the expatriation of large numbers of workers, many of whom originate from South Asia, as do the men arrested in Jeddah.

So which of the three issues is bearing down most heavily on the Saudis? I would make an educated guess that social control is at the top of the list, followed by the labour issues, with the plight of the telecom operators coming in third.

With the ever-present threat from perceived enemies within and beyond its borders, the deadline for the regularisation of the status of workers looming next month, and the pain being felt in the telecoms sector, Saudi Arabia has plenty to think about right now. Add to the mix the worrying outbreak of the MERS coronavirus which the Saudis are trying to get a grip on before the arrival of millions on the annual pilgrimage in October, as well as the creeping proliferation of the Syrian conflict, and you have quite a confluence of challenges.

I suspect that a number of officials in the Kingdom will not be enjoying their customary summer breaks this year.