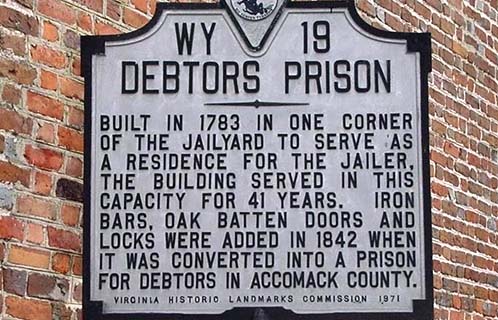 Debtors Prison seems an archaic institution: putting one in jail because he has failed to pay his debts seems something out of Dickens novels. But, in fact, it is still an active practice in some countries (Several US States still allow arrests for debts; many only for the non-payment of child-support, generally in for form of jailing for contempt of court orders.) For the most part, though, debtors prisons are an echo of the past. Most of Europe, for example, has banned the practice of jailing debtors and consequently the prison.

The idea is that the threat of prison would encourage one to find ways to pay the debt. That potentially works if the miscreant actually has the wherewithal to pay immediately or through scheduled payments. If one truly does not have the funds, though, putting him in prison isn’t going to magically make the money appear.

The Saudi government, according to this Saudi Gazette article, is going to get tough on debtors and that worries those seeking to ameliorate prison conditions. Some 63,000 Saudis could find themselves in jail unless something is done.

JEDDAH: Abdullah Bin Mahfoudh, Chairman of the Prisoner Care Committee in the Jeddah Region, has said that some 63,000 Saudis could face prison over the next two years for failing to pay back debts.

“None of them are able to pay the debts back, according to information from SIMAH,” he said, in reference to the Saudi Credit Bureau, a body providing consumer and commercial credit information services in the Kingdom and operating under the supervision of the Saudi Arabian Monetary Agency (SAMA).