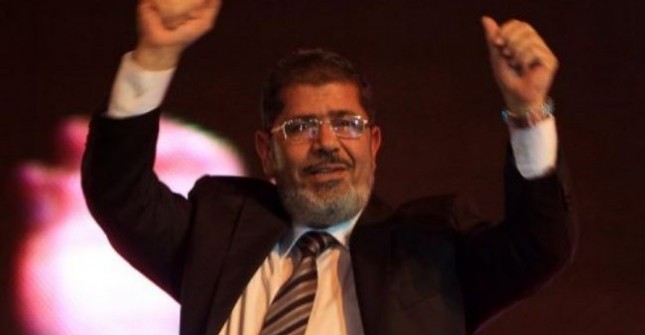 The action by the Egyptian military to a) overthrow the Morsi government in a coup or b) protect the Egyptian people from chaos or c) initiate a new revolution in Egypt ]choose one or more] has been greeted with studied neutrality by most of the Arab Gulf States. Not so for Saudi Arabia, however. Within hours of Morsi’s removal, King Abdullah was welcoming the change and congratulating the new, interim government.

There was a long period of time during which the Kingdom welcomed members of the Muslim Brotherhood who had been chased out of Egypt. Many of them found positions in Saudi schools where they were free to teach a stark, fundamentalist form of Islam. Those days are gone. Now, Saudi media — imperfect, but adequate mirrors of Saudi government policy — have been filled with criticisms and denunciations of the Brotherhood over the past six months.

“In my own name and on behalf of the people of the Kingdom of Saudi Arabia, I congratulate you on assuming the leadership of Egypt at this critical point of its history,” said the king in a cable carried by the Saudi Press Agency (SPA). “By doing so, I appeal to Allah Almighty to help you to shoulder the responsibility laid on your shoulder to achieve the hopes of our sisterly people of the Arab Republic of Egypt.”

King Abdullah also praised the armed forces, saying: “At the same time, we strongly shake hands with the men of all the armed forces, represented by General Abdel Fattah al-Sissi, who managed to save Egypt at this critical moment from a dark tunnel God only could apprehend its dimensions and repercussions, but the wisdom and moderation came out of those men to preserve the rights of all parties in the political process.”

“Please accept our greetings to you and deep respect to our brothers in Egypt and its people, wishing Egypt steady stability and security.”
…

Related to the events in Egypt, the US State Department has ordered the evacuation of families and non-essential personnel from its embassy in Cairo. It is advising Americans to stay away from Egypt at present and warning women to be aware of a sharp rise in sexual violence.