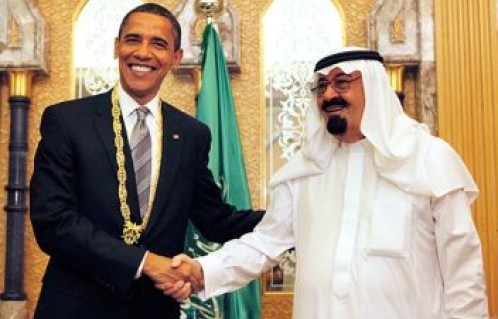 The Saudi-US Relations Information Service – SUSRIS – runs a special report on the potential for a clash between the US and Saudi Arabia over the Palestinian bid to attain statehood through the UN later this week. The report is rich in links to other articles and videos in which a variety of US and Saudi actors discuss the relationship in general and the Palestinian bid in particular.

The report essentially concludes that US-Saudi relations are broader than just the issue of Palestine; it will survive. Until a vote is held, we won’t know exactly what comes into play and what the costs and profits might be for anyone.

Over 120 world leaders will be at the United Nations this week for the opening of the 66th session of the General Assembly and the Palestinian bid for statehood to break the peacemaking stalemate will be a highlight of the diplomatic drama in New York. On Friday President Mahmoud Abbas announced he would seek UN membership for Palestine at the Security Council, which will set the stage for an expected United States veto.

No matter how the diplomatic moves play out in New York it promises to be a rough ride for all of the players. The high risk bid will no doubt bring unexpected and unintended outcomes for the Palestinians, as examined by VOANews in a comprehensive overview of the UN action, “There are many political, diplomatic and legal consequences for the Palestinians, Israel and the U.S. if Palestinians go ahead with their ambitious bid. In addition to U.S. opposition at the United Nations, Israel is considering a nullification of the Oslo Accords if the Palestinians embark on what Israel sees as a unilateral move.”

A United States veto in the Security Council will result in significant diplomatic blowback for Washington, including damage to its standing in the Arab world in general and potentially its relationship with Saudi Arabia. Prince Turki al-Faisal, former diplomat and intelligence chief, has been an outspoken champion among Saudis for Palestinian rights and the tenor of his words, especially warnings to Washington have become more intense.

3 Responses to Saudis and U.S. Clash Over Palestine Vote