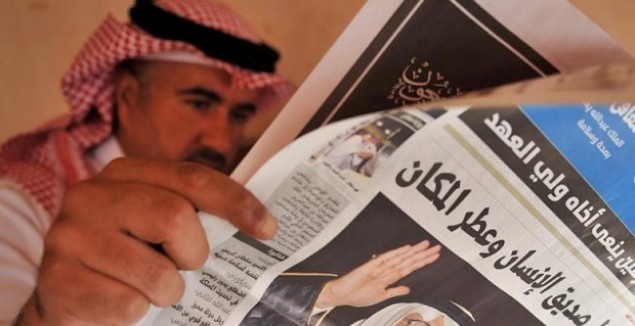 Saudi Gazette reports that those who wish to be journalists in Saudi Arabia will face government tests to determine if they have sufficient skills to do so. This is wrong.

While good journalism calls for a number of skills, journalism is not a profession like medicine or law*. What is required to be a good journalist is not taught in universities, though many have journalism degree programs. Good practices are not established by government, but instead by the medium in which a journalist works. Some skills, like interviewing or photography, are essentially the same whether they’re done for print or TV media. Respect for objectivity, of course, is also a cross-platform virtue. These can be learned outside of a classroom, though, and are subject to some modification by specific media. The New York Times, for example, has some editorial standards different from those of The Washington Post or the The Times of London. These are things that are learned on the job. A sports writer is expected to have a different approach than one writing about economics or national security.

When government steps in to appraise the professionalism of journalists, though, there is nothing but mischief afoot. It is all too easy for a government official to find a point of view to which he objects to be ‘unprofessional’. Rather than having to argue about an issue, government can simply ensure that those with whom it disagrees are not permitted to write an argumentative piece in the first place. This opens the door to censorship, and most efficiently at that.

This is particularly distressing when one sees how the Saudi government seeks to include even online writing in blogs or Facebook as ‘journalism’. Will Saudi bloggers have to show up at some government building to have their professionalism verified by a government agent? And what about anonymity? If only those whom the government licenses are permitted to speak or write, then many will simply take the message that the government does not want to hear from them. Or will punish them for unwanted opinions.

I do realize that there is a lot of bad journalism out there, a lot of unprofessionalism. That situation will not be improved by banning the ‘unprofessional’, however. It will be improved by promoting more and better quality journalism, something that is achieved by not tightening bounds, but loosening them. People are not, on the whole, stupid. If they take even moderate measures, they can distinguish good journalism from bad.

Rather than licensing reporters, it would be better to license readers and viewers. Offering courses in logic and especially critical thinking in high schools and universities would do far more to help the flow of valuable communications and reduce the value of unprofessional writing.

JEDDAH — Since the announcement last week that journalists working for media organizations in the Kingdom ought to undergo tests to determine their eligibility to work in the profession, questions have arisen on the nature of these examinations and how journalists will be evaluated.

The decision which has restricted journalism jobs to those registered with the Saudi Journalists Association (SJA) aims to ensure professionalism in the media sector.

Abdul Aziz Khoja, Minister of Culture and Information, has called for beginning implementation of last Monday’s Cabinet decision. Khoja said the decision became binding the moment it was approved by the Council of Ministers. He pointed out that “journalism is a serious and sensitive profession and a very big responsibility, but at present there are many unprofessional people who contribute fabricated reports or stories with inaccurate data creating problems for ministries and other institutions, and causing confusion in the minds of people.”

One Response to ‘Mischief Afoot’: Regulation of Saudi Journalists Is ‘Wrong’