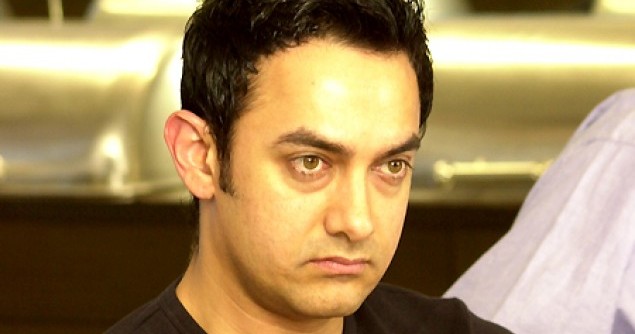 I’m a little bit in love with Aamir Khan. The Bollywood superstar might have fans around the world swooning at his film appearances, but I’ve only just fallen for his charms after the launch of his new TV show, Satyamev Jayate – Truth Alone Prevails.

a 13-part series air in prime time on Sunday mornings across both private and public networks in India. I admire Khan’s aspiration: he sees the problems in his own society and wishes to make a change from within.

I’m impressed that Khan is using his celebrity to address publicly issues that usually bubble under the surface, and are considered shameful to talk about. He’s been criticised for commercialising the subjects, taking a large fee for his work and for the high price of the advertising slots. But the financial side of the show gives him leverage to delve into subjects few others do.

And the show’s reach has been remarkable. The launch episode is estimated to have been watched by more than 90 million viewers, and the programme’s social media strategy means that the debates each episode raises are being continued off air.

Even governments have been forced to act on the show’s recommendations. Following the discussion on female foeticide, which aired at the beginning of May, authorities in Rajasthan immediately ordered an investigation into doctors and clinics believed to be conducting the illegal and disgusting procedures.

Three of the five episodes so far have focused on abuse against women, although the subjects of child sexual abuse and medical malpractice are not gender specific. But societal pressures suggest women are supposed to just tolerate abuse, because to stand against the system brings shame on themselves, and their families. The threat of being the source of shame for the family is particularly powerful as it can destroy a family’s reputation for generations. The shame follows them for the rest of their lives, and is often felt to be a worse fate than the abuse itself.

Sadly, women themselves perpetuate abuse when they buy into this myth, trapped in the circle of shame and oppression.

Shame is one of the most powerful tools of social control, especially against women, whose reputation is their main social capital. That is why those who come onto Khan’s show to talk about their experiences in the full glare of the public eye are the real heroes. These women break open the shackles of shame, making other victims realise that the abuse they are facing is not acceptable, and that they too can speak out.

The shocked faces of the audience, and the blanket coverage of the show in India’s press as each issue is addressed, makes it clear that people know where the rot lies. But it is the public nature of the conversation that is the trigger to creating change, and this is facilitated by Khan’s celebrity status.

His star power allows him to raise subjects in ways that make people listen, and although it shouldn’t be like this, the fact he is a man in a society where men’s opinions are perceived to hold more value adds to his influence.