World Cup Hosts Qatar, Russia Back Under the Spotlight 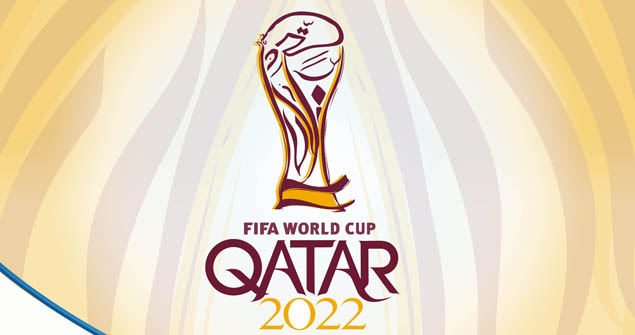 Three major investigations into corruption in global soccer are putting the credibility of major soccer associations and World Cup 2022 host Qatar to the test and could challenge the Gulf state’s successful bid as well as a massive Asian soccer rights contract.

World soccer body FIFA’s newly-appointed corruption investigator Michael Garcia announced this week that he would investigate the controversial awarding of the 2022 World Cup to Qatar as well as the 2018 tournament to Russia. FIFA Independent Governance Committee head Mark Pieth concluded earlier that the awarding of two the events had been “insufficiently investigated.”

Allegations of impropriety in the awarding of the two events at the same FIFA executive committee meeting in December 2010 persist fuelled by the demise of FIFA vice president and Asian Football Confederation president Mohammed Bin Hammam, a Qatari national, who stands accused of corruption and bribery. Mr. Bin Hammam is but one of several FIFA executive committees who have been forced out of office in the last two years because of corruption charges, sparking the worst scandal in the world soccer body’s 108 year-old history.

Speaking in a German television interview, Mr. Garcia said that the conduct of FIFA president Sepp Blatter would also be part of the inquiry. Mr. Blatter is widely viewed as having failed to put world soccer’s house in order so that the current scandal could have been avoided. “The more important the person involved is, the more important it is to examine them as well,” Mr. Garcia said.

Mr. Blatter admitted in February that Qatar had colluded with Spain and Portugal to trade votes for their respective 2018 and 2022 World Cup bids in violation of FIFA regulations in effect contradicting an earlier investigation by the world soccer body that denied that there had been a vote swapping deal. “I’ll be honest, there was a bundle of votes between Spain and Qatar. But it was a nonsense. It was there but it didn’t work, not for one and not for the other side,” Mr. Blatter. Mr. Blatter was never called to account for his statement or his seeming endorsement of misconduct.

The FIFA investigation is focused on charges that Mr. Bin Hammam bribed Caribbean soccer officials to support his foiled challenge last year of Mr. Blatter in FIFA’s presidential elections. Mr. Bin Hammam is believed to have had Qatari endorsement of his presidential bid.

The Lausanne-based Court of Arbitration of Sports (CAS) earlier this year overturned FIFA’s banning of Mr. Bin Hammam for life from involvement in soccer because of the alleged bribery on the grounds of insufficient evidence, but stressed that the ruling was not a declaration of innocence. The court encouraged FIFA to conduct a proper investigation.

CAS justified its ruling in part on the grounds that a report by the Freeh Group owned by former FBI director Louis Freeh that served as part of the basis on which Mr. Bin Hammam was banned consisted of little more than circumstantial evidence.

The AFC has raised questions about the sincerity of its investigation by hiring the group despite CAS’s rejection of its earlier work. The group has been tasked with further investigating the findings of a report by PriceWaterhouse Cooper (PwC) that charged Mr. Bin Hammam had used an AFC sundry account as his personal account and raised questions about his negotiation of a $1 billion marketing and rights contract with Singapore-based World Sport Group (WSG), a $300 million contract with the Qatar-owned Al Jazeera television network and payments of $14 million to Mr. Bin Hammam by entities belonging to a Saudi businessman with a vested interest in the WSG deal. The PwC report further suggested that there may have been cases of AFC money laundering, tax invasion, bribery and busting of US sanctions against Iran and North Korea under Mr. Bin Hammam’s leadership.

Sources close to the AFC admitted that the Asian soccer body was putting its credibility on the line by hiring the company that CAS had so severely criticized. They said the Freeh Group report was weak because it had received only a limited mandate from FIFA for its initial investigation rather than due to sloppy work.

The AFC investigation further sets the stage for a more AFC exhaustive inquiry into Mr. Bin Hammam’s affairs as well as an independent probe by Malaysian judicial authorities. The Kuala Lumpur-based AFC has until early September under Malaysian law to report that it has on the basis of the PwC report reasonable suspicion of a legal offence.

The WSG master rights agreement (MRA) that according to sources close to the AFC handed the soccer body’s assets embodied in its rights to the company is certain to be at the core of both investigations. PwC questioned the fact that the contract as well as the agreement with Al Jazeera had been awarded without being putting out to tender or financial due diligence. Sources close to AFC said the contract awarded WSG all the benefits while ensuring that AFC retained the potential liabilities. PwC said the contract failed to give AFC a right to audit WSG’s services or costs. “In comparison with similar-type agreements for other sports, it appears that the current MRA may be considerably undervalued,” the PwC report said.

The report charged further that Mr. Bin Hammam had received in February 2008 $12 million from Al Baraka Investment and Development Co , believed to be owned by Saudi billionaire Sheikh Saleh Kamel. “We understand that the Al Baraka Group may have been a 20% beneficial owner of the WSG group” (World Sport Group) with which the AFC signed a $1 billion master rights agreement (MRA) in June 2009 negotiated by Mr. Bin Hammam,” the report said.

Sources close to the AFC said the soccer body had been advised to conclude a service provider rather than a master rights agreement with WSG. This would have allowed the AFC to retain control of its rights, determine how they are exploited and enabled it to continuously supervise the quality of services provided by WSG. It would have also guaranteed that the AFC rather than WSG would have been the contracting party with broadcasters and sponsors and would have insulated the soccer body from any risk should WSG ever default, the sources said. They said the contract was out of sync with other international sports bodies that had shifted years ago from rights to service provider agreements.

The sources said the WSG agreement was further detrimental to AFC’s interests because it failed to precisely define what commercial rights were being granted. As a result, the sources said, AFC had effectively surrendered its treasure, making it difficult, if not impossible, for the soccer body to explore potential opportunities with third parties.

The sources said the contract put WSG in the driver’s seat with no oversight or transparency. They said WSG determined which AFC officials would be members of the committee that oversees WSG’s execution of the agreement. AFC further failed to insulate itself from any damages that could arise from WSG actions, the sources said. They said the made AFC increasingly dependent rather than enabling it to develop commercial and marketing expertise of its own. They suggested further that contract gave WSG rather than the AFC control of monies emanating from the agreement.