Sectarian Divisions Being Played Out on the Football Field 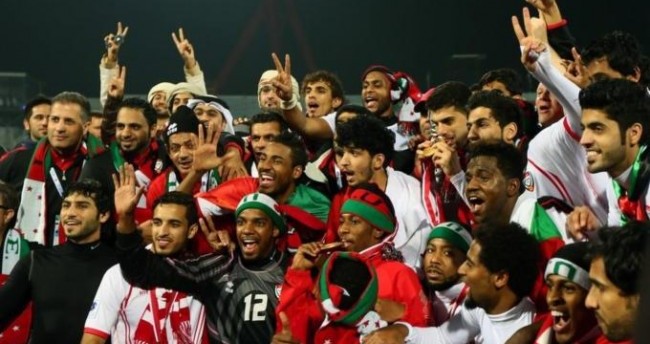 Sectarian divisions fuelling conflict across the Middle East have spilt on to the soccer pitch with Iraq’s decision to boycott the Gulf Cup and the Asian Football Confederation (AFC) warning the Iraqi government not to interfere in the game.

It is hard to separate the divisions between Sunni and Shiite Muslims that governments in Bahrain and Syria have used to counter popular uprisings and that Saudi Arabia employs to stem the region’s tidal wave of discontent and counter Iran in a struggle for regional hegemony from the soccer spat that has erupted in recent days.

Relations between Iraq and Saudi Arabia have been strained ever since Iraq’s Shiite majority gained power after the 2003 overthrow of Saddam Hussein’s minority Sunni rule. Saudi Arabia accuses Iraq of maintaining close ties to Iran and supporting the embattled government of Syrian President Bashar al-Assad. Bahrain charges that Iran instigated the popular uprising on the island in 2011 that was brutally squashed by its Sunni minority rulers with the help of the kingdom.

Politics have further been embedded in the tournament’s Arabic name Kaas El Khaleej El Arabi or Arabian Gulf Cup to counter Iran’s identification of the region as the Persian Gulf. In a spat in July, the Iranian football federation, whose own top league, the Persian Gulf League, adheres to the Islamic republic’s position in the war of semantics, responded sharply to the UAE renaming its premier league as the Arabian Gulf League. The Iranians blocked the transfer of Iranian players to UAE clubs and broke the contracts of those who had already moved.

World soccer body FIFA vice president and AFC executive committee member Prince Ali Bin Al-Hussein of Jordan referred to the war of words earlier this week by stressing “that it is crucial for FIFA, which comprises more than 200 richly diverse members, to be mindful and respectful of cultural sensitivities. Respect of other cultures is indeed one of the core values of our beautiful game,” Prince Ali said. His remarks came after FIFA referred to the Gulf on its website as the Persian Gulf in what Prince Ali called a “misunderstanding.”

The prince went a step further by saying “that it is about time FIFA embrace the Arabic language as an official language, spoken by more than 300 million people in twenty-two Arab countries; all of which are members of the football governing body.”

To be sure, soccer associations in the Saudi-led Gulf Cooperation Council (GCC) that groups the UAE, Qatar, Kuwait, Bahrain and Oman alongside the kingdom stand on solid ground in arguing that they moved the Gulf Cup scheduled for late next year or early 2015 in which Iraq and Yemen also compete from the southern Iraqi city of Basra to Jeddah for security reasons. Iraq has in recent months been rocked by a series of suicide attacks and bombings reminiscent of the sectarian violence several years ago. Similarly, Iraq has a history of political interference in the affairs of the Iraqi Football Association (IFA).

In addition to security concerns, the GCC based its decision on assertions that Iraq had failed to complete the necessary infrastructure for the Cup. In announcing its boycott of the Cup, which is widely popular in the Gulf and fiercely contested, Iraq said it had poured a huge sum of money into preparing for the tournament. It pointed out that Gulf states had agreed in 2007 to hold it in Basra, at a time when the security situation was worse than it is now.

“It has become manifestly clear that the reason for moving the (tournament) from Basra to Jeddah is political and taken under intense pressure from Saudi. Saudi Arabia and others are conspiring behind closed doors against Iraq and the sports (of Iraq),” the Iraqi youth and sport ministry said.  In his weekly television address, Iraqi Prime Minister Nuri A-Maliki charged that the deprival of Iraq of its right to host the Cup was “prejudiced against the rights of the Iraqi people.”

The AFC’s statement was prompted by the fact that it was the Iraqi government rather than the IFA that announced Iraq’s boycott of the Cup. The AFC said that it had asked the IFA to explain alleged government involvement in the association’s decision to boycott.

The request is ironic in a part of the world in which soccer, including AFC President Sheikh Salman Bin Ebrahim Al Khalifa’s ’s own association, is controlled by ruling elites and serves to reinforce the political grip of regimes and prevent the pitch from becoming a rallying point for dissent. A member of the Bahraini ruling family, Sheikh Salman, has refused to stand up for national team soccer players who were denounced, arrested and tortured for participating in the peaceful anti-government protests.

The AFC statement followed comments by Prince Ali criticizing FIFA for banning Iraq from hosting matches. FIFA reinstated the ban in July because of the increased violence after lifting it in March. The Gulf Cup is not bound by FIFA decisions given that the world body does not recognize the tournament.

Prince Ali said the ban was unfair because other countries facing similar problems were allowed to play at home. This year’s Gulf Cup that was also supposed to be hosted by Iraq was moved to Bahrain.

“I would like to emphasize that Iraq should be able to host friendly matches, whether in the South or the North. There are other countries facing similar issues but are given the green light, there is no reason to exclude Iraq at this point,” Prince Ali said.