Qatar World Cup in Jan? No Surprise There… 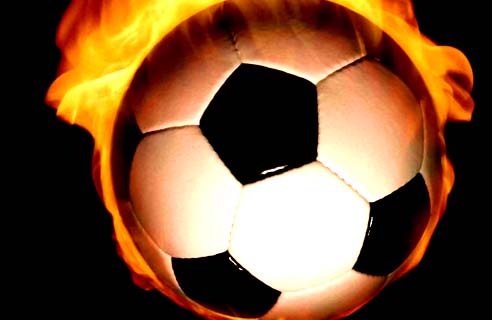 Sepp Blatter, the President of football’s world governing body, FIFA, has admitted that the Qatar World Cup in 2022 will probably be held in the winter months.

According to a report on Sky Sports he said:

“I expect it will be held in the winter.

“We have time to look at this question, it is still 11 years away but we must decide the most adequate period for a successful world cup which means January or the end of the year.

“Do not forget there is still 11 years to go and although we have the basic conditions of their bid for a June and July World Cup, the Fifa executive committee is entitled to change anything that was in the bid.

“When you play football you have to protect the main people, the players.”

All previous World Cups in countries as diverse as Mexico, South Africa, Japan and England have been held in the summer. But the weather in Qatar is particularly problematic with temperatures reaching  50C regularly. Indeed, a FIFA technical report commented that the heat would be so intense, despite Qatar’s best efforts to showcase their air-conditioned stadium technology, that it posed a ‘health risk’ to players and fans.

Shifting the world footballing calendar to have a World Cup in the winter will be a logistical nightmare. Though some  European leagues (Germany and Italy) have winter breaks, England, for example, does not. Indeed, there is a grand and long-loved tradition of winter football in the UK, including Boxing Day (26th December) and New Year games. Forcing England to get rid of this tradition will not be appreciated.

Making such a change reinforces the feelings of many that FIFA has consistently [no pun intended] shifted the goalposts on bidding nations. The England bid team feels strongly that had they known that FIFA’s remit for the World Cups was to give them to ‘new’ footballing nations (Russia and Qatar) then they would not have bothered to spend the £10 million on bidding. Similarly, what is the point of a technical bid if it is simply going to be ignored? Qatar and Russia undoubtedly fared worst in their respective groups in these reports yet both won.

The underlying feeling (certainly not just in England) that the World Cup was decided upon a long time before the actual voting, and not necessarily for strict footballing reasons, is amplified by this whole-sale change to the timings of Qatar’s World Cup.