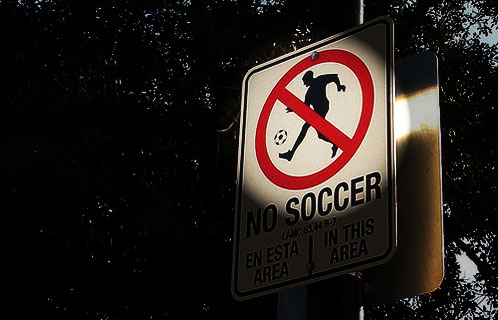 Anti-government protests sweeping North Africa that have effectively ended the rule of authoritarian presidents in Egypt and Tunisia have made soccer match cancellations the region’s flavour of the day.

Oil-rich Libya and gas-rich Algeria have indefinitely extended their suspension of all soccer matches with anti-government demonstrations planned for February 12 in Algiers and February 17 in Benghazi and Tripoli. The cancellations are intended to prevent the pitch from becoming a platform for protests.

Egyptian President Hosni Mubarak’s fate hangs in the balance as thousands of demonstrators rejected his concession Tuesday not to run for re-election in September and demanded an immediate  end to his 30-year rule.

Soccer fans played a key role in the protests that have brought Mubarak to the brink.

It remained unclear whether Libya will go ahead with plans for a friendly against Morocco scheduled for February 9 in Marrakech.

Morocco has so far been spared the mass protests that have swept North Africa and the Middle East in demand of improved living standards and economic opportunity, a halt to commodity price hikes and corruption and greater political rights.

Opponents of Sudanese President Omar al-Bashir have called for mass protests in Khartoum on February 3, the eve of the opening of the second African Cup of Nations for Home-Based Players (CHAN 2011), scheduled to kick off on February 4.

The cancellation of Libyan matches was prompted by demonstrations against corruption in public housing in provincial cities and government fears that US diplomatic cables disclosed by Wikileaks, detailing the corruption and decadent lifestyle of the family of Libyan leader Muammar Qadaffi could fuel further protests.

Three Libyans in the town of Tobruk have been on hunger strike since last week to protest against unemployment and lack of decent housing.

Like elsewhere across the region, Libyan activists are employing Facebook to mobilize in advance of the demonstrations planned for February 17. The Facebook group, created this week with some 2,000 members as of this writing, is calling for the 17th to be a day of anger.

The Algerian League for the Defence of Human Rights (LADDH), part of a group calling itself the National Coordination for Change and Democracy, which was set up in the wake of riots in January that left five dead and more than 800 injured, said the protest was designed to force President Abdelaziz Bouteflika from office and an end to the long-standing state of emergency in the country.