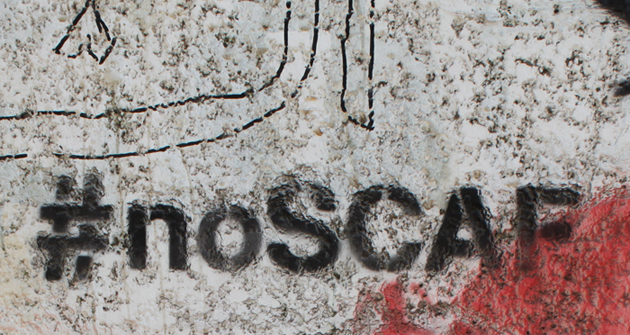 With Cairo’s Tahrir Square role as a staging ground for revolutionary fervor in limbo, militant Egyptian soccer fans who played a key role in toppling President Hosni Mubarak are focusing once again on the beautiful game.

The focus is likely to be temporary as newly elected President Mohammed Morsi and Egypt’s military rulers seek to a working arrangement that enables the Muslim Brotherhood to project itself as the guardian of the uprising’s aspirations while maintaining the military’s political influence, immunity from civilian oversight, and economic privileges.

Already, some recent protests held in memory of those that lost their lives in clashes with security forces over the past 18 months have escalated into demonstrations against an alleged deal between Mr. Morsi’s Muslim Brotherhood and the military. Perceptions of such a deal have been reinforced by Mr. Morsi’s first foreign trip as president to Saudi Arabia, which is widely seen as supporting the military and hostile to the Brotherhood.

Tahrir Square may have returned to normal for now, but the issue of the military and the security forces remains center stage even when it comes to soccer. The militant soccer fans or ultras – well-organized, highly politicized, street battle-hardened soccer fans — fought security forces in the stadiums in the four years prior to Mr. Mubarak’s downfall and have since emerged as the vanguard of opposition to a continued military role in politics.

In a statement on Facebook, the Ultras White Knights (UWK), the militant support group of crowned Cairo club Zamalek SC, demanded this week that the interior ministry explain its five months-old ban on spectators attending soccer matches. The ban has been in place since February when 74 fans died in a soccer brawl in the Suez Canal city of Port Said in the worst incident in Egyptian sporting history that is widely believed to have been an effort by the military and the security forces to teach the ultras a lesson.

The call for an explanation followed an announcement by the Egyptian Football Association (EFA) that the country’s premier league would restart in late August after the holy month of Ramadan. The league like the ban on spectators at international matches has been suspended since the Port Said incident.

EFA spokesman Azmy Megahed said resumption of the league was dependent on the government’s approval of increased security measures at stadiums that would include the installation of video cameras and metal detectors.

“The dismantled regime used to impose its ideas by force, and that eventually led to our great revolution. We are now building a new country on the basis of cooperation and justice. We, as ultras groups, offered solutions to many problems … but we were surprised with the indifferent response we got. We now want all the concerned parties to announce valid reasons for the existence of the crowd ban. We hope you take into consideration the fact that your response will shape our decision regarding the upcoming games,” the UWK said.

The statement constituted a veiled threat that supporters of Zamalek as well as of its arch Cairo rival Al Ahly SC could return to their violent tactics in a bid to force their way into the stadium when their two teams play an African Champions League match against one another on 22 July in Cairo’s Military Academy Stadium.

The UWK statement came two days after Ultras Ahlawy, the Al Ahli support group, forced their team to cancel a training session by invading the pitch to protest their club’s perceived failure to stand up for the 74 Al Ahli fans who were killed in Port Said.

“We remind everyone that today’s expression of anger is a normal response to the club’s indifference to the rights of our martyrs… What happened was not an accident. It was a disaster and if it happened anywhere else, it would stay in people’s memory for years and years. It is not a question of days and then life is back to normal,” the Ahlawy said on their Facebook page.

Major General Adel Ghadban, the military governor of Port Said, was scheduled to testify on Sunday in the trial of 73 suspects, including nine police officers, charged in connection with the death of the soccer fans.

The simmering confrontation between the militants, the security forces and the clubs is fuelled by an ever widening gap between the fans and players and a fundamental difference in ideology.

The Ahlawy said they had disrupted the training because “the players did nothing but shed crocodile tears. Not one of them expressed real sympathy for the martyrs… The players didn’t even wear mourning armbands; instead, they partied and danced happily on many occasions without any sign of solidarity with their dead fans…. We will never forget the martyrs and if mass demonstration could work, that is the easiest thing for us to do,” the Ahlawy said referring to their role in toppling Mr. Mubarak. The statement made no reference to the fact that several Ahly players retired after the Port Said incident.

Players and fans in Egypt have been at loggerheads as a result of both the militants’ perception of the players as hired guns whose loyalty to the club is determined exclusively by their salary and the failure of the vast majority of players to join the uprising against Mr. Mubarak. Egyptian soccer star Mohamed Zidan has in many ways come to symbolize the gap and a key problem Egypt and other post-revolt Arab countries face in transition from an autocratic to a more open society.

Soccer fans expressed anger after security forces disclosed earlier this month that Mr. Zidan, a striker in the Egyptian national team and for Germany’s FSV Mainz 05, had visited Mr. Mubarak’s son Gamal in prison where he is being held on corruption-related charges. In doing so, Mr. Zidan who earlier sparked controversy by describing the ousted president as the “father of all Egyptians” focused attention on how Arab soccer players and managers had accepted the positioning of Arab autocrats as the nation’s father figure in what Palestinian-American historian Hisham Sharabi called.

Mr. Sharabi argued that Arab society was built around the “dominance of the Father (patriarch), the center around which the national as well as the natural family are organized. Between ruler and ruled, between father and child, there exist only vertical relations: in both settings the paternal will is absolute will, mediated in both the society and the family by a forced consensus based on ritual and coercion.”

In other words, Arab regimes franchised repression so that in a cultural patrimonial society, the oppressed participated in their repression and denial of rights. The regime is in effect the father of all fathers at the top of the pyramid. In the words of Egyptian journalist Khaled Diab quoted by journalist Brian Whitacker in a book exploring the nature of Arab soicety, Egypt’s problem was not simply an aging president with little to show for himself after almost thirty years in power, but the fact that “Egypt has a million (president Hosni) Mubaraks.”

As a result, the patriarchal values that dominate soccer in addition to its popularity made it the perfect game for neo-patriarchs who hooked their prestige to that of the beautiful game and feted players with expensive gifts including expensive real estate and cars as well as significant amounts of cash for their successes on the soccer pitch.

The battle between the autocrats and the ultras turned the stadiums into battlefields for control with the ultras viewing themselves as the venue’s only legitimate owner. In their statement after interrupting the training, Ahlawy quoted iconic player and former Al Ahly chairman Saleh Selim as saying that “the Ahly club is owned by those who built it, and its fans are those who built it.”