Gulf rivalries and the Soccer Pitch: Persian or Gulf?

The battle between Iran and various Gulf state for the identity of the energy-rich region has spilled onto its soccer pitches. It’s the Persian Gulf League vs. the Arabian Gulf League. 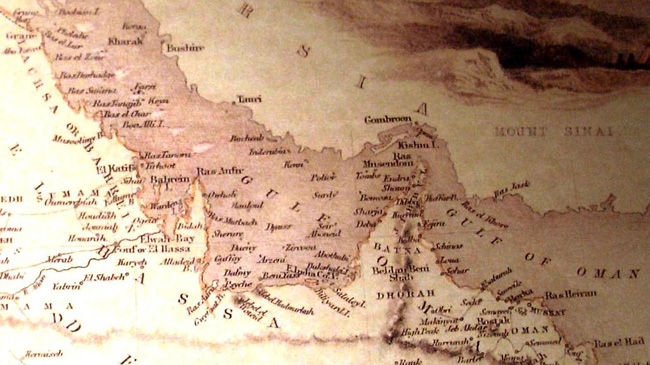 The battle between Iran and various Gulf state for the identity of the energy-rich region has spilled onto its soccer pitches. It’s the Persian Gulf League vs. the Arabian Gulf League.

The struggle erupted when the United Arab Emirates, alongside Saudi Arabia, the Gulf’s most fervent opponent of political Islam, recently renamed its premier league as the Arabian Gulf League. The Iranian football federation, whose own top league, the Persian Gulf League adheres to the Islamic republic’s position in the war of semantics, responded by blocking the transfer of Iranian players to UAE clubs and breaking the contracts of those who had already moved.

The war has stopped Iran’s national team captain Javad Nekounam from being sold for $2 million to UAE club Al Sharjah. “We had to stop him from joining the Emirati league. We will ask the president (Mahmoud Ahmadinejad) to allocate” funds to compensate Mr. Nekounam for his loss, said Iranian football federation head Ali Kafashian. Quoted by Fars news agency, Mr. Kafashian said another eight or nine players had also been prevented from moving to the UAE.

“The Persian Gulf will always be the Persian Gulf. Money is worthless in comparison to the name of my motherland. I received an offer from Al Sharjah three months ago and noone forced me to deny it, but I refused to do so myself. I would never join a team from a league offending the name of the Persian Gulf,” Mr. Nekounam said on Iranian state television.

The Iranian federation, which has long been micro-managed from behind the scenes by Mr. Ahmadinejad, made its move three weeks before the president steps down and is succeeded by president-elect Hassan Rouhani, a centrist politician and cleric who many hope will seek to improve strained relations with Saudi Arabia and other Gulf states.

The kingdom together with the UAE and Bahrain have accused Iran of interfering in their domestic affairs by fuelling Shiite anti-government protests. They are also at loggerheads over Syria with Iran backing embattled President Bashar al-Assad and the Gulf states supporting rebels opposed to him. The animosity has fuelled a widening sectarian gap in the region between Sunni and Shiite Muslims.

The UAE moreover has its own gripes against Iran because of the Islamic republic’s four decade-old occupation of three potentially oil-rich islands claimed by the Emirates that are located near key shipping routes at the entrance to the Strait of Hormuz. The UAE last year declared a boycott of Iranian players which it did not implement in a bid to pressure Iran to return the islands and put its controversial nuclear program under international supervision.

A year earlier, the UAE became with remarks made by its ambassador to the United States, Yousef al-Otaiba, the first Gulf state to publicly endorse military force to prevent Iran from becoming a nuclear power.

The UAE has in recent years further worked to link more closely its security to U.S. and European security interests. France inaugurated in Abu Dhabi its first military base in the region. The base, which comprises three sites on the banks of the Strait of Hormuz, houses a naval and air base as well as a training camp, and is home to 500 French troops. Alongside other smaller Gulf states, the UAE has further agreed to the deployment of U.S. anti-missile batteries on its territory.

UAE clubs signaled this week that they would comply with the Iranian boycott in a move that strengthens Emirati resistance to Iranian policies. “We don’t want to be drawn into a political warfare and if it is true, the club management will take necessary action to avoid any confrontations,” said an official of the Sharjah club that was negotiating with Mr. Nekounam. Mr. Kafashian said it was negotiating with Ajman to break the contract of Iran’s Mohammed Reza Khalatbari who had transferred before the Iranian football federation declared its decision to bar Iranian players from moving to the UAE.