Top flight football in England continues to be at the wild frontier of business – to the extent that it’s a business at all. I’m with Richard Bevan, the chief executive of the English League Managers Association when he says that the number of sackings of soccer managers in the English professional game is “embarrassing”. 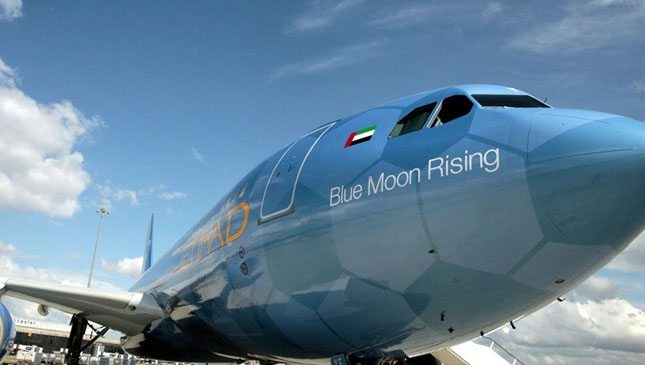 Owners of football clubs have always been quirky. Forty years ago many of them would be local worthies who enjoyed the prestige of being associated with a league club, with deep enough pockets to splurge on eye-catching transfers. TV money was modest – no satellite revenue then – and the idea that you might make a buck by selling shirts in China emblazoned with the name of your star player would have had the average chairman choking with laughter over his match-day pork pie.

Fools and their money are easily parted, and there have been a lot of fools in football over the years. They are still there, only they are different types of fools.

Some are greedy, some seem unhinged. Few are football fans. Gone are the quixotic, ego-driven super-fans willing to sink their hard-won fortunes into a local club for the privilege of rubbing shoulders with the great and the good in the boardroom and a few column inches in the daily newspapers in the full knowledge that they would never recoup their investments.

Today’s owners are cold-eyed investors – smart ones and dumb ones. The more successful among them know a bit about sport before they pick their target with a pin on the map. The owners of Liverpool, Arsenal and Manchester United have portfolios of sporting enterprises. They think of clubs as “sports franchises”. They cut their teeth on the North American major leagues of baseball, basketball, football and ice hockey.

Competing with them are the plutocrats with a variety of agendas. Disgraced Thai politicians, Russian oligarchs and operators of Gulf sovereign wealth funds. Some of them are consortia, like the owners of QPR, a club that has seen more ownership changes in recent years than an aging exhibit in a used car auction. And then there’s Venky’s, the Indian chicken producers whose very name must strike the stolid Lancastrians of Blackburn as odd – like a male cousin of those fluffy names favoured by middle-class Indian families for their daughters: Pritti and Pinkie.

Venky’s have managed to get through three managers in this season alone. The last one, Michael Appleton, met his end by letter at the hands of a corporate gofer (Shebby Singh, another name likely to provoke mirth among Blackburn’s far right British National Party adherents) whom he never met during his 67-day tenure. The club’s chief executive hadn’t a clue about the sacking until it happened. It was Appleton’s dismissal that prompted the comment by the League Manager’s Association as reported by the BBC.

Leaving aside for a moment the eccentricities of the owners, what I find interesting about English football is the way it reflects the massive change that globalisation has induced in the national psyche.

When I was growing up, football clubs still had a strong local flavour. Though the burgeoning transfer market produced teams drawn from all parts of the British Isles, more or less every club had a local hero or two – players born and bred in the vicinity. Fans identified with them. They rejoiced in their success. Kids wanted to be like them. That ethos remains in some clubs. Michael Owen, though not a native Liverpudlian, was a Liverpool man from childhood. When he left Anfield to join Newcastle, many of the Liverpool faithful spoke of betrayal.

But these days, fans seem quite content to support their local teams, even when there is not a single English – let alone local – player on the team sheet. They might hurl derision and contempt at the corporate stooges who control their clubs. But they seem as willing to take to their hearts a player from Congo, Japan or Bosnia Montenegro as they would an English lad – provided he does the business on the pitch. The deep affection of Chelsea fans for Gianfranco Zola, and the outpouring of sympathy for the plight of Patrice Muamba, the Bolton player who nearly died on the pitch from a heart attack last year, are cases in point.

Just as football fans have become used to their game becoming an international product – notwithstanding the occasional bout of racist bite-back – so the average Brit on the street accepts as a given that they can go through their lives without ever having to buy a home-grown product. Our software originates largely from America, our cars from anywhere but Britain, even if some are manufactured on home soil. We buy clothes sourced from all parts of the world. We buy white goods from Japan, China and even Turkey these days. And our electronics come predominantly from the Far East, even if they bear the logos of American brands like Apple and HP.

About the only British name you might regularly encounter in a British household is Dyson, and even the eponymous inventor of the rotary vacuum cleaner is now outsourcing much of his manufacturing abroad.

British products, such as remain, have become in many cases retro fashion items – like the Roberts radios in those sturdy padded boxes with handles that used to be popular in the sixties and seventies – now reinvented as digital radios.

After centuries when our economy was fuelled by cheap labour and the import at preferential prices of raw materials from our far-flung empire, we have reverted to our former type – a nation of shop-keepers, or, in modern parlance, of service providers. Also of scientists, researchers and educators. But making things is not what we do any more.

Will we ever return to the factories and foundries that proudly turn out products with “Made in Great Britain” emblazoned on them? Perhaps not until the massive wage differentials between today’s manufacturing economies and ours narrows to the point where goods made and exported from the UK become profitable again. Who knows? It might happen. Labour costs in China and India are rising, whereas the wealth of the average Brit has, by some measures, declined by 9% since the financial crisis begun five years ago. But in the short term, our best hope is to specialise, innovate and hold on to a market lead for as long as possible until competitors manage to trump, clone or steal the technology. Like Dyson – and a host of German manufacturers who are successfully bucking the trend.

Will we ever again see an English leading football club win a championship with an all-English team? Not likely. And I’m not sure anyone in my home country really cares about that, any more than they care about the origin of their cars, jeans, phones and washing machines. I guess we have to be content that in the Premier League we have a market-leading product, even if much of the revenue goes straight into the pockets of foreign players and corporations who will eventually syphon the funds off into tax-efficient offshore locations.

As long as the foreign players keep eating in our restaurants, employing our gardeners, buying our mansions and consuming our fashion, we should be content in the knowledge that a small margin from those transactions seeps into our economy.

Why rational businessmen or plutocrats continue to buy into English football when a run of bad results – through misfortune or incompetence – can cause you lose half of your investment in a year continues to escape me. Perhaps because these days there are enough fools out there with a few hundred million to spare who don’t mind pouring them down a black hole. Which makes you wonder how they came by their millions in the first place.  Many of their forays into football look like bouts of temporary insanity from where I stand.

But then I guess it’s more fun than investing in a bank, and no more risky.