The selection of the new pope was carried out by a conclave of elderly men, and the only candidates were men. The new pope is a staunch social conservative who opposes women’s ordination as priests and women’s right to control their own bodies and limit family size, key issues for women’s health and well-being. It is no wonder that the church hierarchy is so tone deaf on women’s issues, since its highest counsels are all-male. 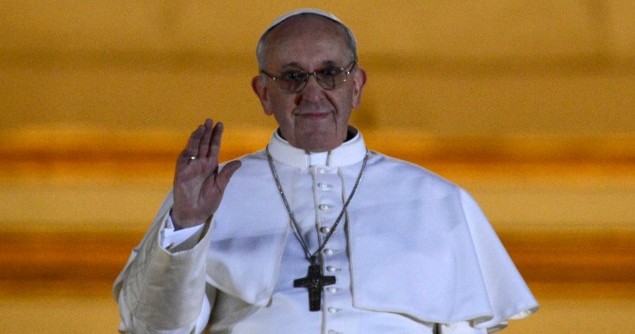 Now comes the sharp intervention from Egypt’s ruling Muslim Brotherhood that the draft statement of 57th Session of the United Nations Commission on the Status of Women is incompatible with the Brotherhood’s understanding of Islamic law. Interestingly, the Vatican also voiced objections to the document, as did the Russian Orthodox Church via the government of Vladimir Putin.

The Brotherhood statement objected to the following points:

1. Women’s right to reject marital rape
2. equal inheritance rights for women
3. equality of men and women within the family
4. allowing women the choice of mate (implying that Muslim women could marry non-Muslim men), abolition of polygamy and dowry
5. Depriving men of the right of unilateral divorce and giving discretion to judges as to whether to grant a divorce; equal sharing of communal property after divorce.
6. Removal of restrictions on women’s travel and work that depend on permission of their male guardian
7. Right of a woman to marry another woman.
8. legalization of abortion and provision of free contraception
9. equal rights for illegitimate children with legitimate ones, and civil rights for adulterous wives
10. Equal rights for gays

While the religious forces in Italy, Egypt and Russia may have differed somewhat on which of the draft principles they most opposed, all three underlined that they are partriarchies and that patriarchy as a form of government is alive and well and maybe even strengthening in much of the world.

The Brotherhood’s reading of Islamic law is mindless fundamentalism and literalism, often involving an ignorance of medieval Muslim beliefs and practices (in the area of abortion, e.g., or toleration of forms of homosociality).

Like the new pope, the Brotherhood considers gay rights an abomination. When he was archbishop of Buenos Aires, Pope Francis said of Argentina’s gay marriage law, “”Let’s not be naive, we’re not talking about a simple political battle; it is a destructive pretension against the plan of God. We are not talking about a mere bill, but rather a machination of the Father of Lies that seeks to confuse and deceive the children of God.”

Egypt’s National Council for Women rejected the Brotherhood statement and insisted that full rights for women is, too, compatible with Islam.