Women in Saudi: The Drive for Rights Continues 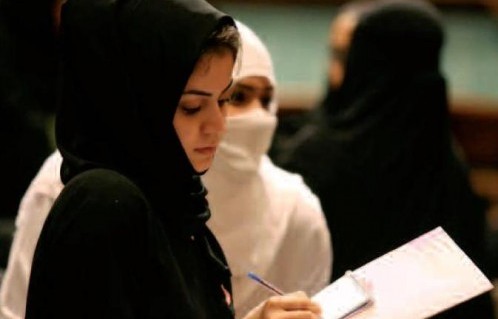 Should women drive or not drive? That is the question many in Saudi Arabia are asking today.

When Manal Al-Sharif posted a video of herself driving on YouTube and launched her Women2Drive campaign on Facebook, she drew the eyes of the world yet again to the status of Saudi women.

Driving is only one issue among many. Of more importance to many Saudi women is their personal security and freedom: choosing their own husbands and professions; legal recognition as adults and citizens; preventing sexual harassment and domestic violence; and institutional support for their financial and legal rights.

To this end, there have been many campaigns and petitions circulating via Facebook, SMS, Flickr, WhatsApp and Twitter. This not only raises public awareness but also offers a way for people to join their voices for a common cause in a country where public demonstrations are prohibited. In 2009 alone, internet campaigns called not only for women’s right to drive, but also for the right to work or establish businesses without the permission of a male guardian, to have greater access to divorce, to make the hijab (headscarf) a personal choice and to ban child marriages.

Despite some conservative backlash, there are indications of change favouring women’s rights. Whereas in the past, women’s rights often seemed to be of concern only to Saudi women, today Saudi men – from King Abdullah to ordinary citizens – have expressed their support for expanding public space and roles for Saudi women. The King has established Saudi Arabia’s first co-educational university, appointed women advisors to the government and courts, and expanded public sector job opportunities for women.

Male activists like Hilal Al-Harithy and Abdullah Al-Alami have led petition drives to show both men and women in support of women driving. Mohammed al-Qahtani even took the passenger’s seat to support his wife, Maha, driving as part of the June campaign against the driving ban.

Whereas a 1990 driving demonstration in Riyadh generated shock, opposition, arrests and the removal of some women from their jobs, today Saudi men and women are openly signing petitions to the Royal Court and Shoura Council for women’s right to drive. Some senior religious scholars, including Sheikh Qays al-Mubarak and Sheikh Abdullah Al-Mutlaq, have approved of women driving.

Even Abdullah bin Mohammed bin Ibrahim Al Al-Sheikh, the Speaker of the Shoura Council, has gone on record stating that the Council would discuss the issue should the government or Council request it. Although this has not happened yet, the Council recently approved a draft resolution to allow women to vote in future municipal elections, indicating its willingness to expand the public role of women. This has led many to hope that the Council will address the driving issue soon.

Technology has also played its part. Videos of women driving have been posted on YouTube since Wajeha al-Huweidar first posted hers in 2008. Other online campaigns, such as the Saudi women’s rights activist Areej Khan’s We the Women, have extended the discussion. Yet only in May 2011 when Manal Al-Sharif was arrested for driving, did the debate go viral.

The members of the Women2Drive campaign are not calling for the overthrow of the government. They are not rejecting their religion or culture. They are simply trying to be the best mothers, employees and citizens that they possibly can. And that means that they need to be able to drive – safely, carefully and wearing seat belts – to get to work, to care for their children and to carry out the tasks of daily life. It’s not about Westernisation, feminist agendas or a sexual revolution. It’s about going to the grocery store, for example, without relying on someone else.

That said, simply granting women the right to drive doesn’t instantly resolve the issue. Women need driving schools, departments where they can apply for and receive their licenses, and businesses that provide emergency services to women drivers. Given counter-campaigns – such as the Igal campaign, which calls for beating any woman found driving – safety mechanisms, particularly legislation punishing anyone who physically or sexually harasses women drivers, are also needed.

The world should recognise what Saudi women have already achieved and support them in claiming their rights and creating institutions and mechanisms for enforcing them. Their efforts for their own liberation must be acknowledged and allowed to lead the way, so that Saudi decisions can be made about Saudi issues. Women2Drive was begun by and for Saudi women to continue the expansion of their participation in Saudi society.

That’s one step closer to the driver’s seat.

Dr. Natana J. DeLong-Bas is Editor-in-Chief of The [Oxford] Encyclopedia of Islam and Women, author of Wahhabi Islam: From Revival and Reform to Global Jihad, and co-author of Women in Muslim Family Law (with John L. Esposito). She teaches comparative theology at Boston College.