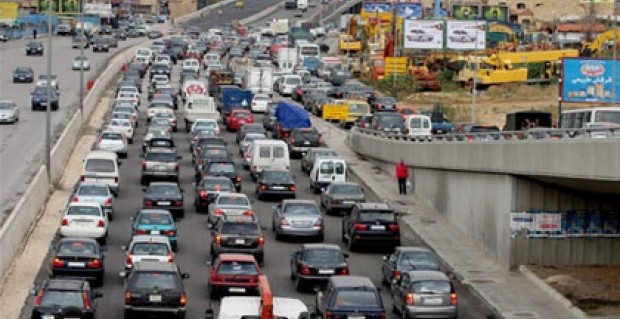 I’m about to state a Lebanese truism:

Seemingly without rhyme or reason Lebanese traffic police don’t actually do much beyond taking the place of traffic lights, or marshaling cars around, or more accurately through, roundabouts.

I’ve come to the conclusion that the ISF (Internal Security Forces) have a deep, institutionalized fear of traffic lights.

Rather than allow these heinous machines to do their (incredibly complex) job of regulating traffic flow, they instead have decided that Charbel and Ali are much better suited to the job.

The results? At rush hour, roundabouts are no longer roundabouts, they’re actually junctions where three incoming roads are closed off while one is freed to move. Traffic lights become designated iPod playlist management / radio tuning areas while your friendly policeman (having stopped traffic from one direction, more often than not counter to the color of the lights) chats with the kaak (local bread to the foreigners) guy on the corner. Once you’re through one set, the next is so overloaded with traffic that you’re often better going on foot.

I remember one day a few years ago when the then minister of the interior claimed that he was going to solve Beirut’s traffic problems by increasing the numbers of police on the streets … By the end of the week my journey home had doubled in length.

Rather than enforce laws concerning speeding, dangerous driving, or seatbelt and cellphone usage (and Lebanon has a truly appalling road safety record) the ISF has decided that they must meet the threat of the traffic light / roundabout head on.

The problem is, dysfunctional as the Lebanese approach to navigating traffic lights and roundabouts is (when the police aren’t present), it actually works. Yes, there are lines, but they move. No, you don’t give way to motorists on the roundabout, when you enter you shove your way on, and out the other side. However, it works, quixotic as it might seem, traffic does flow.

My question is this:

Do the ISF fear erosion of their powers through the insidious spread of the traffic light, or the devious machinations of the roundabout?

Or, is it a case of having too many men and no idea how to use them?

If it’s the latter, as I strongly suspect, might I suggest they send the surplus to the back office and have them work on the endless piles of paperwork in evidence at every ISF office I’ve ever visited?

Though I must admit, they do look very pretty with their lovely white gloves.