Western Women: The Perils of Marrying a Saudi Man 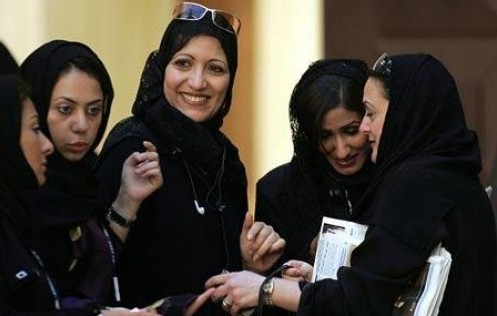 If you know a Saudi man who has taken a foreign wife, why do you think that is?  What is it about the foreign woman that makes the Saudi man want to choose her over a Saudi wife?  It is not as if it is simple to marry a foreign woman either.  For a Saudi man, he must not only obtain governmental approval for the marriage (at least to live together legally in the Kingdom and for her to be recognized as a legal wife) but he probably has to win his family over to the concept of a non-Saudi wife too.

If you are able to ask a Saudi man why he took a foreign wife, he’ll likely say that she met all his desires of what he wants in a woman.  What few Saudi men will say, but probably thought, was that ‘she was not Saudi.’

It’s true.  A lot of the Saudi men who have chosen to take a foreign wife did not want to marry a Saudi woman.  The reasons can vary from having to pay too much for a dowry; too high of expectations for a husband; too many challenges with families; an inability for the Saudi man to be truly himself.

The Saudi man who marries a foreigner probably does not want to have a traditional Saudi life or lifestyle.

Yet most of the foreign women who have married Saudis and go to Saudi Arabia to live with their husband are unlikely to have existing family and friends in Saudi Arabia.  As a result, his family may become her family.  She will also make friends which may be among both the expatriate and the Saudi community.

It’s not surprising that the foreign wife who comes to Saudi Arabia with her husband will want to fit in to the Saudi society and norms.  His family may also, through their welcome of her, take her under their wing and perhaps guide or “train” her of the expectations and customs of the Saudi life.  Over time, as children are born and the years pass by, the foreign wife will have become more Saudi in her ways than those of the country from which she was from.  One can only hope that her husband will have grown and adapted with her.

In some cases, the husband realizes that the foreign woman he loved and married has become a Saudi stranger to him.  What happened to the woman he met and fell in love with because of her differences?  What does the man do in such cases?

This is the time when a Saudi man has been known to take another wife.  He may take a Saudi wife but it seems more likely he will take another foreign wife.  However, instead of a Western wife, the Saudi man may choose to take a non-Saudi Arab as a second wife.

One Response to Western Women: The Perils of Marrying a Saudi Man