‘We Fight With Our Imagination’: Feted Director Speaks 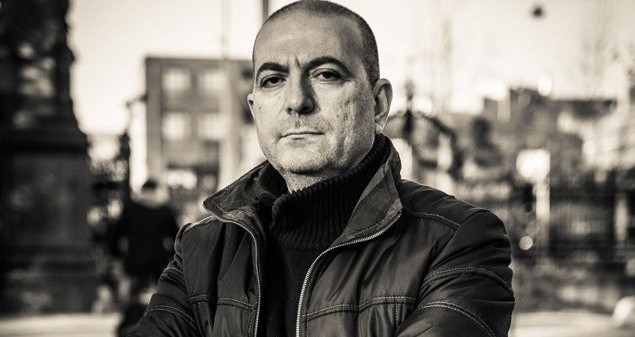 “I want my films to put fear into Israelis. My job is to disturb their dreams, to wake them from the fantasy that there is no occupation,” says Hany Abu-Assad, a Palestinian filmmaker whose new movie, Omar, won the Jury Prize at Cannes.

It is a surprising assertion from a director who says he considers only the human drama, not politics, when he makes films. But when the drama is inspired by Palestinian experiences under Israel’s occupation, the political is always close at hand.

We meet in Abu-Assad’s spacious apartment in a building for his extended family in Nazareth’s city centre, a town of 80,000 Palestinians in Israel’s north. Around him live his elderly mother and several uncles, while the floor below has been converted into an editing studio.

It seems an incongruous setting for a 51-year-old director who seven years ago was heading off to Hollywood with dreams of conquering Tinseltown.

The invitation came following the unexpected success of Paradise Now, his 2005 film about the final hours of a pair of suicide bombers. That film won a Golden Globe for Best Foreign Language Film and was shortlisted for an Oscar.

Instead of fame and glory, however, he found his plans foiled by a writers’ strike and the US economic crisis of the late 2000s. He was soon trapped into directing a B-movie potboiler, The Courier.

It was an apprenticeship that taught him not only about Hollywood’s harsh realities but also clarified to him that his artistic inspiration was best found in the intense human dramas of his homeland.

“I learnt more in Hollywood in those four years than I did in the previous 25 years of filmmaking. Success makes you blind, complacent. But in Hollywood I had to reconstruct my talent, my vision, my humanity. It taught me a lot.”

It was this difficult period that ultimately brought him back to Nazareth, the effective capital of the 1.4 million Palestinians who live inside Israel.

In the darkest days of working on The Courier, he came up with the idea for Omar, a tragic love story and thriller set in the shadow of the mammoth wall erected by Israel across the Palestinian territories that has exacted a terrible human cost on Palestinians living on opposite sides.

While Omar looks certain to be another critical triumph for Abu-Assad, he is prouder still that the movie marks a turning point in the evolution of the Palestinian film industry.

Despite several notable recent movies from Palestinian directors, their impact and success have tended to be undercut by debates about the films’ pedigree.

Eli Suleiman’s Divine Intervention was reportedly overlooked for consideration in the 2002 Oscars because the Academy refused to recognise Palestine as a state. And the achievements of the anti-occupation documentary 5 Broken Cameras earlier this year were overshadowed by criticism that it had received substantial Israeli funding.

Omar, by contrast, is undisputedly a Palestinian movie, the first of its kind. Together with Waleed Zuaiter, an Emmy-winning actor and the star of Omar, Abu-Assad founded a Palestinian-American production company, Zbros.

The new film was made by a Palestinian crew, shot in the Palestinian cities of Nazareth and Nablus, and its US$2 million budget (Dh7.35m) was financed solely by Palestinian investors – although, as Abu-Assad notes, post-production money was provided by the Dubai International Film Festival’s Enjaaz fund.

The decision to turn his back on Hollywood and return to Nazareth, he observes, was a natural one. “In different stages of our lives, we have different priorities. Right now, I want to build an industry, one that is a form of resistance, a non-violent one, to the occupation.

“I am a storyteller and I want to tell stories that remind Israelis that I am here and that my rights cannot be ignored. They want to forget. If they can avoid seeing the occupation, then they don’t need to do anything about it.”

But to be most effective, he needs to reach audiences. And that is one reason – in addition to his love of the genre – why his next project will be a romantic comedy, inspired by an incident at a recent wedding party.

“It will make people laugh and have fun. After all, that’s what makes us want to go to the cinema.”

Wanting to ride the zeitgeist

The release of Omar, which is due in the autumn, follows the Palestinian leadership’s victory last year in securing recognition of Palestinian statehood at the United Nations.

After his Cannes victory, Abu Assad and his movie appear to be riding high on the zeitgeist.

But he is only too aware of the need for Omar to be a financial as well as critical success.

“I didn’t intend Omar to be a one-off,” he says, sipping a herbal tea in his living room, the walls lined with his huge library of DVDs. “As Palestinians, we need a viable, creative and thriving film industry, and that’s only going to be possible if investors see that they can get a return on their money.”

Much is at stake. “We have to create a situation where Palestinians can rely on themselves, give voice to their unique stories, create jobs and market themselves and their cause. Israel is very good at doing that with its ‘Brand Israel’ campaigns. We can’t afford to let them have a clear field.”

Palestinians’ current reliance on foreign funding, he says, weakens the local industry. After his experiences in Hollywood, he is sure its producers would deny money to any project seen as “pro-Palestinian”. But even European money, though available, comes with strings attached.

“You have to employ Europeans on your crew, and their salaries, flights and hotels eat into the budget. The money isn’t there on the screen.”

Abu Assad hopes Omar’s success marks the first step in his efforts to establish a Palestinian version of American Zoetrope, the private studios set up by the US filmmakers Francis Ford Coppola and George Lucas in the late 1960s. Over decades, it has made dozens of movies by top-name directors outside the Hollywood system.

Abu Assad has already taken a number of young Palestinian directors under his wing, to nurture their talent, give them technical assistance and help them find funding.

“The goal is to assemble a stable of Palestinian directors over the next 10 years who will collaborate and create a healthier Palestinian industry. We’ll always be a small player but we can maximise our influence and ensure our creative independence.”

Nazareth may appear to be a strange place to start a home-grown Palestinian film industry, but the minority inside Israel has already produced a number of internationally acclaimed directors in addition to Abu Assad, including Eli Suleiman, Scandar Copti, Tawfik Abu Wael and Mohammed Bakri.

“We lost everything. We don’t control our land, our lives, the borders, the economy, politics. All we have control over is our knowledge, our talents, our minds. When you lose something important like your right to self-determination, you concentrate on what you have: your imagination.”