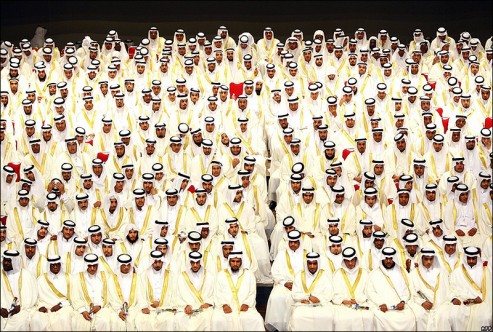 What exactly is an honorable man?  I consider an honorable man someone who is kind, has both dignity and grace, makes an honest living, is compassionate, trustworthy and keeps his promises.  I think those are enough characteristics to start with!

Now I wish to switch to the topic of women in Saudi Arabia, especially the women who are widowed with or without children or divorced.  In some cases these Saudi women do have opportunities to remarry and have happiness.  In some cases these Saudi women have remarried and are not a second, third or fourth wife.  Yet in most cases the widowed or divorced Saudi woman does not remarry.  It may not be because she’d rather not marry but a lot of men may view her as unmarriageable or “used goods.”   A widow with another man’s children is seen as less attractive than a divorcee.  Why?  A number of Saudi men are unwilling to take on the responsibility of accepting or raising children that are “not of their blood.”

I am not an advocate of polygamy yet I feel that I should point out that polygamy is encouraged for men to marry women who are widows or orphans.  Yet it seems that the Saudi men who do practice polygamy today are not purposely marrying widows or orphans.  Instead they are marrying foreign women, younger women, prosperous women or making a love match since their first marriage was arranged by the family.

By no means should a widow or a divorced woman believe she must choose polygamy in order to remarry.  She can certainly remain single by choice.  Additionally a man who has never been married before should not fall in to the trap that widows or divorcees are unacceptable.

What would an honorable man do?