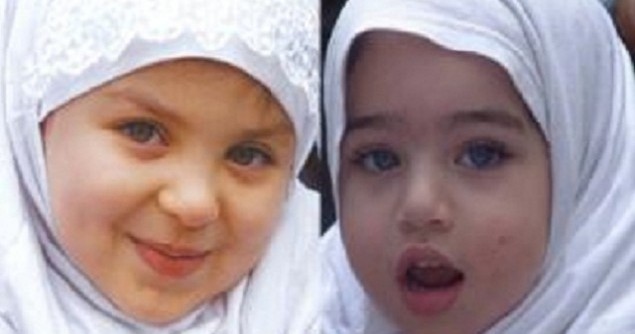 In recent years the number of young women choosing not to wear a headscarf has grown. This number may soon increase as a new campaign is underway. It has been a long time coming, but finally feminist activists in Morocco have launched a campaign against the veiling of Muslim girls at young age, describing the practice as a form of “child abuse”.

“Girls at this age know nothing about religion and what is prohibited and what is not,” the Center for Woman’s Equality said in a statement cited by Al-Arabiya television. The center says that girls at the age of three to 10 are forced by parents to take on the headscarf (hijab).

The activists argue that the veiling of young girls amounted to “child abuse”. “Islamic bodies need to interfere to make things clear and tell people that forcing young girls to wear the veil is not part of Islam,” the center says. The activists cited the case of a 10-year old child, Mariam, who was said to have taken on the hijab at the order of her father. “He said that it will protect me from harassment,” she said.

The girl also says that she was told by her mother that hijab is a religious obligation. “She said I have to get used to it while I am still young, otherwise I would go to hell,” she said.

Conservative Muslims Islam still see the hijab as an obligatory code of dress, not a religious symbol displaying one’s affiliations and say that a Muslim woman is obliged to wear hijab as soon as she reaches puberty and Muslim parents should encourage their daughters to wear it.

However, forcing underage girls into wearing hijab is against the Islamic teachings and  activists argue that forcing girls to wear hijab at a young age would threaten their psychological stability. “Their inability to distinguish between those concepts will put them in a constant state of confusion and eventually drive them to isolate themselves from the outside world.”

Sociologists also warn that forcing young girls to wear hijab has psychological ramifications. “They will start associating their bodies to shame which has to be hidden and this view contradicts the true essence of Islam,” sociologist Karima Wadghiri said.

She argued that when they grow up these girls will confuse conservatism with fanaticism and liberalism with immorality. “Society will later be divided not on class or financial status as is usually the case, but on religious and ideological basis.”

Koranic Law Does not Impose the Headscarf

Khaled Fouad Allam writes that historically speaking, the “hijab” (or Islamic headscarf) has never represented any form of Islamic dogma, legal obligation or religious symbol, even if today the impression is such.

Jurists during the classical period of Islam – who when Muslim law was first formulated for the four great legal schools of Islam – never presented any theories on the headscarf. The celebrated jurist and founder of the Theological University of Fez in Morocco, Qayrawin (died in 996), spoke about the headscarf only in reference to prayer rituals, when women enter mosques to pray on Fridays. And the word he used was “khimar”, a veil covering women from head to toe. He never used the term “hijab”. It is the same with other authors of the period.

There is indeed an explanation for all this. Classical Islam jurists warned of the need to formulate legal theory concerning the headscarf or veil, simply because a woman’s medieval world was that of a cloister, where she didn’t leave home, leading her life within the borders of private property. And when she did venture out, which was rare, she had to do so with the authorization of a male figure – whether it be her father, husband or brother –and only under exceptional circumstances, as for some formal ceremony or pilgrimage.

The hijab in an invention of the 14th century, and it has not real basis in the Koran. In the Koran, “hijab” comes from the root “hjb”, which refers not to an object, but an action: wearing a headscarf, pulling down a curtain or screen or reducing light so as to prevent others from prying or looking in.