‘University of Life’: Not Good Enough in Bahrain 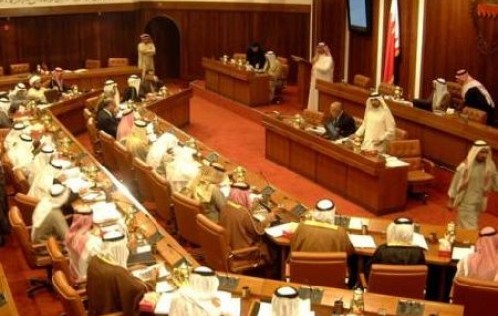 The people of Bahrain have weighty issues to contend with at the moment. But while what some euphemistically describe as “activity” ratchets up as we approach the anniversary of the Day of Rage, discussions are going on about constitutional amendments. Some of them may soon become law, so it would be sensible for Bahrainis not to forget that they are taking place.

One of the more interesting proposals on the table is that members of parliament should not be allowed to stand for election unless they have a “bachelor’s degree or equivalent”.

Ho hum. With the greatest respect to those who drafted the proposal, I beg to differ.

Should such a rule have applied in the United Kingdom in the first half of the 20th century, the Labour Party, which drew so many of its members from trade unionists, would never have got off the ground. While there will be many in the UK who blame Labour for many of the ills facing that country today, few would argue that to create a balanced society there needs to be a political organisation that takes the side of the less privileged members of that society – a role that Labour has undertaken for much of its history. I say much of its history, because I’m not sure that it’s still the champion of the underprivileged. But that’s another discussion

To bar individuals from elected office because they lack a piece of paper potentially skews the legislature in favour of demographic groups in society with greater numbers of graduates. At this juncture in Bahrain’s development, I should have thought that it was in society’s interest to see that the same opportunities to take a leading part in the democratic process were available all.

Equally interesting is the mindset that sees a degree as being an appropriate hurdle to cross before being eligible for election. A clean criminal record, sure. Perhaps a minimum period of employment. But a degree in what, I wonder? Is an accountant better qualified to enter parliament than someone who has worked their way up the ladder in industry, and seen life at the coal face for the past thirty years?

The British politician Aneurin Bevan did just that. He left school at 13 and went to work in the coal mines of South Wales. At 19 he became a prominent trade union leader, and eventually made his way into parliament. As Health Minister in the post-World War II Labour Government, he was instrumental in setting up the National Health Service to the benefit of millions. As Housing Minister, his department built hundreds of thousands of new houses to replace dilapidated and ruined homes resulting from war and neglect.

In 1959, shortly before he died, he was elected deputy leader of his party. Would he have been a more effective politician and leader with a university degree? I doubt it.

And think of a few individuals past and present who, if they were Bahraini nationals, would be ineligible to stand for parliament: Bill Gates, Steve Jobs, Richard Branson, John D Rockefeller, Mark Zuckerberg and Steven Spielberg. None of them exactly lacking in intelligence or judgement.

I suspect that in the end the lawmakers will use that wonderful get-out clause that you will find in a thousand job descriptions- a degree or equivalent – to give them wiggle room. The trouble is, “or equivalent” is rarely defined, and if left vague can lead to accusations of inconsistency.

My advice would be to let the electorate decide who is qualified to represent them. I imagine that the MPs who are pushing back at the proposal – some whom would have to give up their seats because they don’t have degrees – would argue likewise.