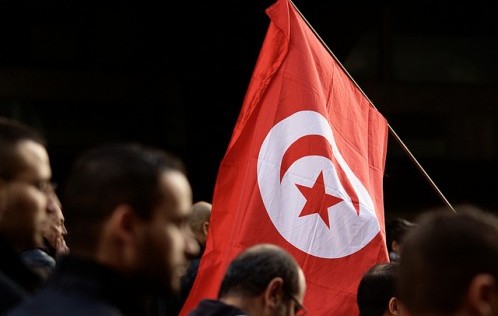 On 28 November 2011, the Dean of the Department of Letters, Arts and Humanities of Manouba University refused to give in to pressure from a group of protesters using violence to demand that classes be accessible to young women wearing the niqab, or face veil. Faced with this refusal the protestors erected barriers to block the professors and students from their classrooms and prevent classes from taking place. Numerous parents, students and professors quickly moved to protest these actions and defend the institution’s rules.
The preservation of neutrality in public institutions, respect for their rules and the protection of individual freedoms have been up for debate in recent months. The end of the previous regime and subsequent political transition has allowed for greater openness and more public debate on key issues, such as ensuring the rights and freedoms of all Tunisians – including minority groups. The 217 deputies of the recently elected Tunisian Constituent Assembly, which is responsible for writing a new Tunisian constitution, must work together to establish the basis for Tunisian democracy in the coming weeks.

However the Constituent Assembly is already facing serious challenges in the form of a small group using violence as it seeks to impose its vision of society on academic institutions, such as compulsory veiling for female teachers, allowing women to wear the niqab on campus and even separate classes for men and women.

We might see such conflicts in Tunisian universities as the result of a clash between two extremes: that is, a clash between Tunisians who demand policies they believe to be rooted in Islam and others who demand the removal of Islam – and all religions – from the public sphere. That means a separation of religion and state, as well as a ban on religious clothing and symbols in public places. The reality, however, is more complex than that. Such polarisation doesn’t reflect the real views of Tunisian society. The majority of Tunisians are Muslim and do not espouse one extreme or the other. Some are practising, others practise less and some don’t practise at all.

Many say, we are Muslim but our relationship to God is a personal matter, or even say that we don’t need someone else to tell us how to practise our religion. While some might see this as secularism, it’s actually a characteristic of Islam in Tunisia: an open and tolerant Islam where everyone is free to practise their religion as they see fit.

On 10 December, the Constituent Assembly passed its first legislation concerning procedures and regulations of the exercise of executive, legislative and judiciary powers until the constitution is written and new institutions begin work. But recent incidents in universities which show a desire by some to express extreme ideologies are already challenging the balance of individual freedoms and institutional rules.

In Tunisian universities, equality is assured; all students have access to universities regardless of their religion or how they practise it. Currently young women have the right to wear the niqab in the street but in the classroom they must reveal their identity. This practice encourages communication between professors and students and helps with the pedagogic exchanges needed for interactive education. This practise also aims to ensure better security within the university.

Yet the right to protest must also be preserved so that anyone can speak freely if they feel their rights have been violated. On the other hand, Tunisians have had enough violence from both protestors and law enforcement. Each side must therefore find a peaceful way to convey their message to the Constituent Assembly.

News articles, petitions, flash mobs and films that promote awareness and debate are all potentially effective tools to invite dialogue and an understanding of differences – while respecting the rules and rights of institutions. For its part, the assembly must strike a balance between the demands of its diverse constituents in order to create the foundation for the new democratic Tunisia.

Omezzine Khélifa is an engineer in Computer Science and Telecommunications, activist and was a candidate for the Tunisian Constituent Assembly for the Ettakatol Party.